Gas leaks not all that uncommon 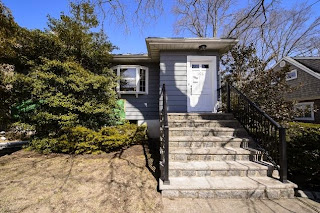 Six weeks before a fatal gas explosion destroyed two East Harlem apartment buildings, firefighters got a call about a gas odor at a small, wood-framed house on Staten Island.

With the Bravest still on the scene, the place blew up.

Three people were injured, including a firefighter and the homeowner who later said everything exploded when he opened his basement door. The entire neighborhood near Delaware St. in Dongan Hills had to be evacuated.

That was just one of 38 “incidents” stemming from natural gas leaks in New York City between 2004 and February 2014. In the last decade, gas leaks have resulted in three other fatalities and 12 injuries across the city. Several people were critically injured.

In 18 cases, gas ignited. In eight cases, the gas exploded.

There has been a really strong smell of gas on Himrod Street in Ridgewood in front of Grover Cleveland High School for years. Has anyone else noticed this? It's been called in many times but nothing changes.
Posted by Queens Crapper at 12:00 AM

Well because of this explosion, I'm sure coned will be sued. And with suing comes more rate hikes, so get ready to see your gas and electric bills go up even higher one of these days!

Grover Cleveland should have been blown up back in the 70's.