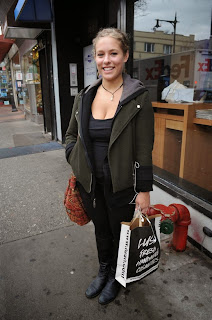 New York is still attracting those who yearn to breathe free — but now our immigrants are often American. The city’s population gains are due in part to “domestic migrants” who flock here, according to city records.

The push from other regions comes as arrivals of foreign immigrants have declined. The number of Americans who moved to New York City has increased from around 60,000 in 2000 to 80,000 in 2010, Joseph Salvo, director of the City Planning Department’s Population Division, said. These homegrown immigrants skew younger than the traditional non-American newcomers and tend to live in “non-family households,” either alone or with roommates.

“Aspiring young people are coming to the city, seeking out opportunity,” Salvo said.

Among them is Claire Bunkers, 21, an aspiring human rights worker, who moved here in 2012.

“After the first time I saw New York, that was it,” she said. “It was the coolest place in the world. We stayed in a suite in a hotel. We ate Indian food.”
Posted by Queens Crapper at 12:11 AM

Human rights worker, who moved who hopes to work at the United Nations is a job ?

Why are all these liberals arts people flocking to a city that's 99% real business.
They will never get paying jobs

We always get yuppies here. Why can't we just get non yuppies? BUT atleast the yuppies speak english. I'm actually glad to hear that foreigners are declining. I feel as if I don't live in America. Some days I would give everything I own just to hear people who speak English in this city. I hurry home from work everyday. Because all day long, I work with Hispanics who refuse to speak English In my job even though they've been told by my boss to stop speaking Spanish. Then I take the seven train home to hear more Spanish and Chinese and Koreans screaming all over the place on the train just talking on their damn cell phones.

Foreigners are not declining, they just are fading into the woodwork cause our Mayor and the Democratic Party don't want to 'see' them.

As to the hipster dirty-water-taco-truck kids, it sure beats life in Davenport where you only have Long John Silver mystery fish at some tired strip mall.

The whole country is slipping in quality of life as well as opportunities, so NYC is the ticket.

Its a shame kiddies, cause NYC, pretty much died a few decades ago.

Now its the home of a cultural landscape run by Disney and employment opportunities that basically let you feed your landlord.

Don't like to be the one to burst your bubbles youngsters, this is not the NYC of your daddies and mommies, and unless your mommies and daddies are your meal ticket, you don't mind shacking up with several roommates in a small 2 bedroom apartment in some completely overpriced area or providing "services" on Craigs List, this is not the place for you. The art/theatre scene is a joke, there are no more David Mamets, Basquiats, etc. Broadway is nothing but jukebox musicals, Marvel Comic characters, mediocre plays filled with celebrities and uninspired art. Off-Broadway is no longer cutting edge, but a safe haven for those who cannot afford to mount a overpriced Broadway production. The city is pretty much a huge mega chain, with 7-Elevens, Olive Gardens, Red Lobsters and all the other dreck to make you feel at home, but you will be paying a hell of a lot more for that bland pasta soaked in heavy sauces, if you can afford that.

It is all about the money here and selling your soul. And this time the "starving artists" really means that. Hell, you pretty much can remove the artists, it is now just called "Starving Fill in the blank".

Glad I came here when I did, but don't let that stop you from coming here, even though there are plenty of other places in this country and other countries, that you can fulfill your dreams a hell of a lot cheaper with a better quality of life.

But who am I, just an older version of you who came here before the city lost it's way I became a realist.

But go for it. Beats another group of low-class third world immigrants to reek havoc.

Correct me if I am wrong, but wasn't there an article not too long ago, taking about how the population of NYC was dropping, because people were moving away because of the cost of living.

I guess they just make up the news as they go along, like the TV show LOST.

You guys are so right. This city was so much better as a crime-ridden cesspool nobody wanted to live in.

Around 205,000 people leave the city each year. So the fact that 80.000 moved in for a short period of time, actually means that NYC remains a major "outmigrant" destination...

The title of the article is yet another lie..

Stories like this are click-bait for the gentrification issue, of course--it's guaranteed to rouse the public in some way around the issues of the arts, hipsters, trust funds, bad development, etc. (often for good reason).

The thing is that there are plenty of transplants (like myself) who are neither the recipients of an inheritance, nor "starving," but are rather somewhere in between the two, working a job and doing creative work on the side--and quite contentedly.

Modern city life is not always so simplistic, you know, even though the news outlets love to rouse all of you with stories of naive "artsy" do-gooders hell bent on changing the world. Maybe the real issue is the trite narrative about them being advanced by the Daily News!

"Among them is Claire Bunkers, 21, an aspiring human rights worker, who moved here in 2012."

I really don't know who is worse the hipsters or the immigrants who are here who have no desire to assimilate and call the US their home.

I really don't know who is worse the hipsters or the immigrants who are here who have no desire to assimilate and call the US their home.
-----------
No contest, the immigrants you mentioned above.

Artists are leaving NYC in droves. David Byrne penned a letter about his exodus citing that NYC had lost it's creative energy due to the cost-of-living.

There's certainly no art in Queens! And no music once you rule out salsa and crappy World Music bands.

too bad the article does not go into further detail about that girl in the photo,like how much she pays in rent.

what matters is that ridgewood is mentioned,which has landlords there rubbing their nipples for the expanding gentrification generation to seek housing there.

Well there apparently were a bunch of Bushwick residents that showed up to a recent community board meeting offering advice about how to prevent gentrification. Which is pretty funny since they are the ones that gentrified their own neighborhood and can't afford to live there anymore. They're also the ones that support other gentrification projects like the Knockdown Center.

Some guy was filing papers and told him "I'm an intern".

"That's nice" my friend thought to himself.

Then the file clerk said.
"I have a PHD." (He had seen my pal's resume apparently). Yea, no job was ever offered.

She ain't getting no UN job anytime soon.