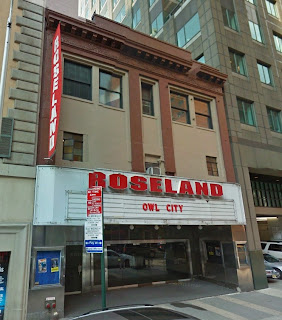 The punks mourned the closure of CBGB in 2006, the indie-rockers cried foul when Northsix became Music Hall of Williamsburg in 2007, but almost all of New York’s music lovers will be sad to see Roseland Ballroom close its doors. The historic venue will shutter in April with a run of seven shows by Lady Gaga, bringing almost a century of history to an end.

Initially, Roseland was located at 51st Street and Broadway when it opened in 1919. During that period, the 3,200-capacity room was a hot spot for jazz and big-band music. The likes of Glenn Miller, Benny Goodman and Frank Sinatra headlined there multiple times, and ballroom dancing was also a big draw.

Roseland moved to its current 52nd Street location in 1956 and, at first, maintained its reputation for ballroom dancing — as well as being used for ice-skating and operating as a roller rink. But in the late 1970s and early 1980s, Roseland caught up with the times and started to host disco club nights and shows by modern rock, pop, dance and hip-hop acts (everyone from Red Hot Chili Peppers to the Rolling Stones to, last week, Lorde).

The sadness around Roseland Ballroom’s demise — five years short of its centennial, no less — is compounded by confusion. Owner Larry Ginsberg hasn’t made a public statement about what will happen to the site. Meanwhile, music-industry rumors vary from the building being demolished to make way for condos to an all-new Roseland opening in the future.
Posted by Queens Crapper at 12:14 AM

although the pandemic of inflated rents and fountainhead building is to blame as well as downloading music,some of it can be attributed to the rotting corpse of current rock music.this is not some gen gap thing,today's music has no soul and there has not been an album that a whole generation can agree on since Nirvana put out nevermind.it only makes sense that roseland is put to pasture,because like cbgb's the music is not interesting enough to pay for.(look at that band name on the picture,OWL CITY?.ooh,that sounds so cool,a city of owls!,even the names of these bands are unimaginative).what a way to end to with lady gaga,she's only playing there because her album tanked.

r.i.p. roseland and rock'n'roll,and even rap and r and b

When you book 7 shows by Lady Kaka, it's definitely time to hang it up!

Bands and promoters can no longer make $$ unless they have people like Gaga fans willing to pay $250+ a ticket.
The rents, IATSE unions, event insurance and special corporate interest is wiping them all out.
In the old day if you wanted to book Nirvana you called there manager John Silva direct. Now you have to hire thugs like "Live Nation" "BMG" "Clear Channel" "EBA" to them and demand 50% of the gross right off the top.
I back in 86-87 I worked FOH sound at the Jones Beach theater. We used all local people and charged $15-$22 a ticket.
It all ended and went to hell when Clear Channel and all the unions "paid off" the Town of Hempsted officials like Tom Gulotta and Cuomo 1 to take it and the parking lot over from the town & state. Now you cant even park or get a friggan Hamburger and cup of soda for $15. They also RUINED the acoustics and anbience with a whole level of corporate boxes and signage up top.
To tell you the truth Id rather see Roseland plowed then be bastardized like that

Hilly was constantly at war with the city and slumlord landlord --they all hated him.
Hilly always cried poverty, let his dog shit all over the floor yet had around $5 million dollars in bank accounts when he died. (it came out when his ex wives and kids were fighting over it in court) An old girlfriend of mine bartended there she recently died of brain cancer (likely from all the poison's used to kill the rats & cockroaches every night)
She also worked at Roxie Studios on Review ave by the creek (where the owner Keith and 2 other co-workers died of brain & liver cancer)

IMHO The only thing good about CBGB's was the tight sounding sound system. The rest was absolutely disgusting !
The original Trax, Cat Club and China Club was the best to see local and national B bands.