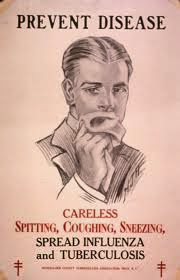 The Health Department tested 170 students and six staff members who might have been at risk at the Queens school Tuesday as a precaution.

“Given that the person with TB is receiving treatment, there is no health risk to students or staff currently at the school,” a department spokeswoman said.

Officials said 19 out of 100,000 people have contracted the disease in Corona, Woodside, Elmhurst, Jackson Heights and Maspeth and 15 out of 100,000 in Flushing.

“Many are likely infected in their country of origin and developed TB after entering the U.S.,” Health Commissioner Dr. Mary Bassett said.
Posted by Queens Crapper at 12:12 AM

This and a dozen or so other nasty 3rd world diseases are directed related to illegal immigration and lack of border security.
TB is all over the 7 train, Elmhurst and Maspeth schools these days.

This has been going on for YEARS !! When I worked at NBC they squashed several news story's about this problem (warning employees in the process) not to upset the mayor and his immigrant groups.
That's because the mayors office, press secretary's control all the press passes, tripod & shooting permits, press license plates, remote up-link truck parking & event access permits they need to stay in the news business.

This new boss diBlasio is a bleeding heart liberal democrat is far worse then Bloomberg.

That's what happens when you sell USA citizenship to the highest bidders (eb5 visas when all you need to do is spend 500000 on a USA property ). Also, the mass illegal immigration the USA government allows! Yet, they still insist on amnesty and halting deportation! It's time to do some mass deportation if you ask me!

“Many are likely infected in their country of origin

Yeah, so let's import EVEN MORE people, because this country obviously needs more people with tuberculosis!!!

Now that we have Obamacare, our doctors and nurses need the experience treating these people, because they're basically sitting around doing nothing all day!!!

Obamacare DOESNT PAY FOR ANYTHING once you been "coded" sick till you pay your maximum out of pocket $2500-$6500 deductible.
Its then 50/50 - 80/20 or so "co-insurance" depending on your plan.
The dumb ass sheeple don't realize they been lied to and understand the 1600 pages Obamacare only covers preventative things like checkups, aspirin, mental health, social workers, birth control and a horde of other "screenings" for women. ---but NOT once you "code" a new or existing illness.
More people are going to be walking around sick because the cant pay the insane deductible atop the premiums !!!

Doctors and nurses ?
Nope wrong, due to the load of pregnancy's and people on medic people getting it for free. The paying insured have to go through levels of physicians assistants (students) before they can even see a nurse or doctor with Obamacare ITS A USELESS SCAM to re-distribute money !!!

That would be a great improvement, that should be championed by the Flushing BID...eh director Yu?

How can you encourage tourism (LOL) to Flooshing with the risk of infecting tourists with 3rd world Tuberculosis?

Now what does all of this foaming at liberals and Obamacare have to to with the original point of what the Crapper posted?

It seems that an awful lot of the city's problems have their roots in Floo-shing:

What do liberals and Obamacare have to do with diseases brought here by foreigners? That's a serious question?

You might as well ask what the artist has to do with the painting.

Liberals and Obama have ALL to do with diseases brought here by foreigners !!
They are the ones telling border enforcement to "lay off" there future prospective super breeding brown voters with HUGE extended family's.

The left see's these people as not only as cheap taxed labor but democrats voters for life. All the usual suspects that suck services, support socialism and big lawless corrupt government like in Queens, Mexico Central America.
If these people tip the scales the 2 party system and US Constitution will be gone for life. The USA will become the Soviet Union of the 1950s, N Korea or Iran.

There's no shot for TB.

What you have with the OP here Crapper is another consequence of the NYC school system.

The Democrats have turned the US into a flophouse for the Third World.

Of course Flushing. Patooey! Spitting contests on its sidewalks are a common occurrence. Then we have those long range snot rockets. Councilman Peter Koo lives far from it all in Port Washington.

How is CB7 dealing with this? What seems to be important here is approving developers' building plans. Does CB7 have a medical committee that meets regularly or does the Flushing Business Improve,ent District's chief prefer to minimize the danger lurking?

Who knows what winds up in the stir fry. That's why I shun Chinese restaurants. Sanitation is not one of Flushing's strong points. Peter Koo does not like the subject. He avoids it as much as possible.

"TB, or not TB? That is the question. " Whether 'tis nobler in the mind to avoid testing to see if you're infected, it's the smart thing to do.

What is Congressmember Grace Meng doing about infected Flushing? Is "La China" too embarrassed to deal with her own countrymen's plight?

Whore houses, illegal gambling, human trafficking, and nowTB. There was never such a problem in Flushing 30 years ago.