The plundering of the Ridgewood Reservoir will commence shortly

It appears that the city, state and feds are teaming up to in essence destroy the Ridgewood Reservoir.

The excuse is that after Sandy, the rules were changed so that structures determined to be classified as dams, such as the reservoir, need to be breached in order to be decommissioned for other use. The reasoning is that a catastrophic storm could fill up the basins and cause them to overflow.

If it ever rained so hard that the basins filled up with rainwater, we'd be facing a lot bigger problems than overflowing, don't you think?

Save Ridgewood Reservoir has more here and here. 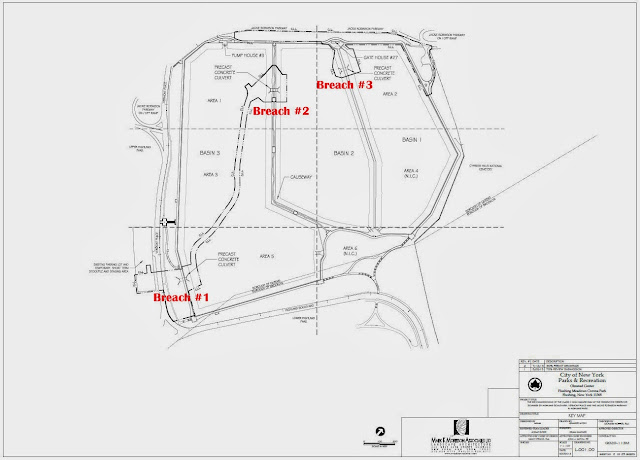 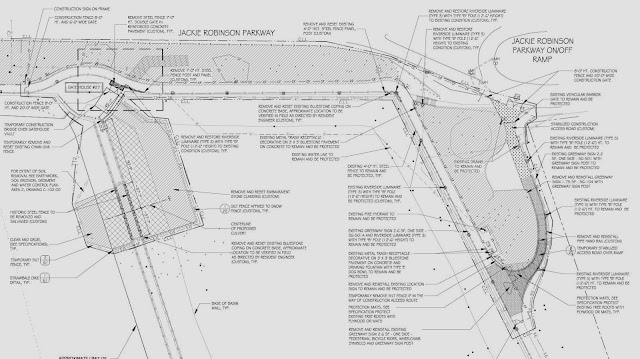 While I'm glad that attention is being brought to this, a compelling case that this will destroy the natural habitat of Ridgewood Reservoir has not yet been made from I've read here.

Furthermore, it actually makes sense that the tunnels be large enough to accommodate trucks since at some point it will be necessary to perform some sort of maintenance in the basins from the inside.

It's entirely possible that the intentions of the city are NOT to keep Ridgewood Reservoir in the semi-natural state that it is currently in. However, right now it just seems like fear mongering from what has been shown thus far. Show us more.

These plans look nothing like the previous plans submitted that would have kept the basins natural. How much more prof do you need? A giant road through basin 3.

The ancient Romans built similar structures thousands of years ago that are still in existence to this day without having needed giant tunnels blasted through them so they could have trucks drive in to perform maintenance from the inside.