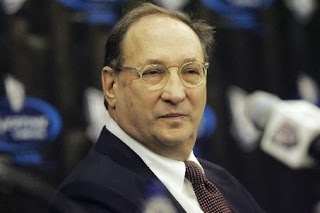 Developer, State Must Compensate Develop Don't Destroy Brooklyn,
Other Community Groups
NEW YORK, NY — A judge today ruled that the Empire State Development Corporation ("ESDC") is liable for legal fees incurred by community groups that sued successfully to compel a supplemental environmental impact study (SEIS) for the second phase of Forest City's controversial Atlantic Yards project. She referred the parties to a referee to determine the amount of the award, which under an agreement with ESDC, Forest City Ratner will then have to pay.

The ruling was issued by New York State Supreme Court Justice Marcy S. Friedman, who in July of 2011 held that the second phase of the Atlantic Yards project must undergo re-analysis because of significant changes in the originally claimed 10-year construction timeline. Justice Friedman noted that this review "should lead to ‘consideration of alternatives [to the currently proposed project] that may more effectively meet the ostensible goal of the project to alleviate blight and create affordable and market-rate housing with less adverse environmental impacts.'" ESDC and Forest City Ratner lost their appeal of Justice Friedman's ruling at the Appellate Division, and the Court of Appeals, New York's highest court, refused to hear the case. The ESDC, the quasi-governmental entity overseeing the project, has yet to issue the draft SEIS required by the courts.

In reaching her decision that the plaintiffs were entitled to their attorneys fees as the prevailing party, Justice Friedman expressly denounced ESDC's claim that it was justified in continuing to use a ten year timeline when its own Development Agreement with Forest City Ratner reflected a buildout of up to 30 years, calling the claim "no small audacity, in light of the court's prior findings . . [including] the ESDC's ‘deplorable lack of transparency.'"

"Justice Friedman's ruling today is another reminder of the sordid 10-year history of the Atlantic Yards project, which to this day has largely failed to deliver on the promises that were used to sell it to the people of New York," said Candace Carponter, Develop Don't Destroy Brooklyn's legal director. "We're gratified by today's decision, but the fact remains that, as Justice Friedman suggests, had the ESDC and Forest City Ratner not knowingly misrepresented the facts to the court, the entire Atlantic Yards project, including the heavily subsidized Barclays Center, would never have gotten off the drawing board."

"Justice Friedman has rendered a strong decision that vindicates what the community has been saying for a long time. One can only wonder whether this project would have ever moved forward if, as Justice Friedman noted, ESDC had disclosed the project's true timeline", said Jeffrey S. Baker, lead attorney for Develop Don't Destroy Brooklyn and a partner in Young, Sommer LLC. "It is time for ESDC to finally engage in an open and honest process that considers the full range of alternatives for Phase II of this project, not just the interests of Forest City Ratner."