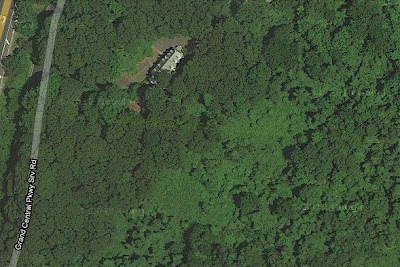 In the March 31 issue of the Queens Chronicle, it was reported that the Association for Neurologically Impaired Brain Injured Children is planning to create a new complex for the elderly that includes a senior center and 10, two bed cottages on the property known as Iris Hill in Bellerose (“ANIBIC plans housing for disable seniors,” Northeast Queens edition). The 7.5-acre property is actually beautiful wooded land that includes one existing building. The land is being given to ANIBIC by the state, according to the article.

This sounds like a wonderful project, however, it was disturbing to read ANIBIC Associate Executive Director John DeBiase’s statement in the article that most of the trees are going to be cut down to construct this project. This land is like a small forest, and it is a shame that most of the trees will have to be destroyed. Even though Mr. DeBiase says that some trees will be kept as a buffer, one wonders why the project design can not be more sensitive to preserving as many existing trees as possible.

Environmentalists agree that the more trees that we have, the better the quality of our air and general surroundings. Asthma and other pulmonary disease rates are higher in areas with fewer trees.

Trees are like outdoor air conditioners in the warm weather. They keep us cool. They also provide shelter and, in some cases, food for birds and small animals. Since this was state land, meaning that it belonged to all of the people of New York, it should behoove the developers to be as skillful as possible to keep as many trees as possible, especially mature ones. This will benefit not only the new residents who will live on the property, but all the rest of us as well.

Despite Mayor Bloomberg’s Million Trees Initiative, we are still losing tree canopy coverage each year in our city. Mature trees on private property are being removed at alarming rates. Storms and disease are taking their toll as well. People must be enlightened with regards to the importance of trees and the need to keep planting, caring for and preserving them, so that not only will we reap the benefits that trees can bring, future generations will as well.

They're not the only ones who are tearing trees down in the name of expansion.

The Queens Museum broke ground Tuesday on a $65 million expansion.

The conversion of the old ice skating rink will add another 50,000 square feet of space to the museum, doubling its size.

Upon completion it will include galleries, classrooms, public event spaces, a cafe and museum store.

The museum director estimates 250,000 people drive by the Queens Museum every day on the Grand Central Parkway and don't even know the treasures it holds.

I noticed today where most of the million trees went : Manhattan.

Such a shame. If we had carbon credits in America, a rich international oil company would pay top dollar to protect and preserve these trees so they could foul the air, soil and water sompeplace else.

A lot of tree loss in Flooshing is due to home owners and renters cutting them down because THEY DON'T WANT TO RAKE LEAVES!

Why do they come to the suburbs if they just want to destroy it? We're turning into Corona East!

The line "we are moving trees" sounds like they are transplanting them. Which they are not. They should say, "we are cutting down trees, killing them!"
Are they removing trees just so drivers on the grand central can see and be distracted from driving by their art work?
If so, that should not be permitted. The trees are art.

Trees convey life, aesthetic beauty, purify the air, and make the environment sustainable. They want to live. As if natural disasters such as the macroburst aren't tragic enough. Remember the 3,113 we trees lost within minutes? That was steep, but could be a peanut when facing the number of trees cut down intentionally each year. What does Bloomberg have to say?

Non-profits such as these are not that caring afterall. Those who kill trees are killers. Look around. You know who your friends are.

Hmmm, I grew up in Queens and we went on field trips there every year.

Poor you. We went once in the sixth grade. Lame and boring.

(3) cant ask the parents to help pay for the trip. If little Hernandez' mommy is on public assistance and baby-daddy is nowhere to be seen, its not fair to ask from for $8 to help improve their child's life.

You make valid points about why field trips aren't done. However, there's something about your comment that bothers me: Why was it necessary to use the name Hernandez?

Please remember that all (or at least us "have-nots") in this country are going through a period of economic difficulty that transcends all ethnicities, which in my view makes it unfair that you choose to target a certain ethnic group on the matter of who depends on public assistance.

Besides, Hispanics are not the only group that use public assistance; others do as well, and some much more than Hispanics (though that's not meant to be insulting; it's merely fact).

In fact, this discussion regarding the trees outside the Queens Museum of Art is incorrect. I watched as each tree's root ball was carefully dug out, wrapped in burlap and twine, and lifted by cherry picker to a truck and moved to a different part of the park for re-planting.