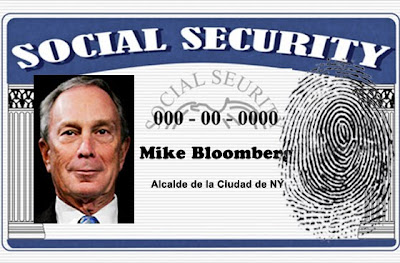 Mayor Michael Bloomberg says putting fingerprints on social security cards would help control the nation's borders, and give employers a way to check whether potential hires are legal citizens.

"The companies could just run it through a computer," Bloomberg said Friday morning on his weekly radio show. “And if you're an undocumented illegal, they just don't give you the job. And you're not going to come here if you cant get a job."

The mayor's remarks come on the heels of his trip to Washington on Tuesday, where he took part in a discussion on immigration policy with President Obama and other politicians.

Critics of Bloomberg's proposal say putting fingerprints on social security cards would not only be a burden for immigrants, but an imposition on all Americans.

"Once you open the door to such government intrusion what you're doing is you're allowing the Government to collect all sorts of information and we have questions about what this will mean for the future," said Jacki Eposito of the New York Immigration Coalition.

The idea of putting fingerprints on social security cards has been floated by other elected officials, including Sen. Charles Schumer.

Did you know that Bloomberg happens to manufacture a line of fingerprint readers? 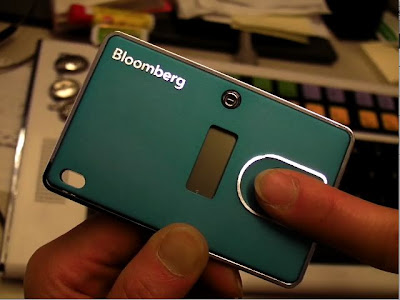 Top photo from Queens Latino
Posted by Queens Crapper at 12:47 AM

after he and obama enabled the Sanctuary Cities in the U.S., they now realize that it is an election negative for their government control agenda .

Funny, right on my SS Card it says not to be used for identification.

The card is too easily forged without fingerprint I.D. and photo and watermark on it.

Clean out your ear wax occasionally. It's interfering with your "brain" power.

For once I agree with Bloomberg.

The problem is Mike...WHO is going to monitor the situation...the NYPD?

They don't do their jobs as it is when it comes to effective crime busting.

Now they would be assigned to hall monitor duty.

If Jeffrey Lyndenauer is still around they can start a new company that manufactures one.

Wadda ya think Ackerman and Schenkler?

E-Verify is voluntary for employers,

Should E-Verify be made mandatory instead of voluntary?

Electronic Bio-metric SS cards are a better bet. It simply verify's who you are. If it's stolen - no one can pass themself off as you. We need to sacrifice to get a bullet proof identity means to curtail all of the ID theft and fake papers - from underage drinking to providing proof of resident alien status & for applying for a job, passport, drivers license and to vote. The biometric card would have a number login vs the actual SS number. A pin number allows additional profile access but ultimately your fingerprint and iris photo together prevents fraud across a huge spectrum. What are we waiting for - to become the United States of Arab Mexico??

How about requiring ID for voting purposes? What's the reason for not requiring it? it's required for everything else.

Can't have it both ways, right? You want illegals out, but then you bitch and whine when someone says let's beef up IDs. Make up your mind.

You can have it both ways. You stop them at the border and go after companies hiring them. You can also have better systems to prevent fraudulent IDs and identity theft.

And I mean a tamper proof card, not a fingerprint.

For Christ sake, they mark paper bills with a pen and detect counterfeits these days, they can't do something similar for driver licenses and SS cards?

"Did you know that Bloomberg happens to manufacture a line of fingerprint readers?"

Anonymous said...
Geez...of course not dumbo ew-3.
The card is too easily forged without fingerprint I.D. and photo and watermark on it.

The reason for the "Not to be used for identification" is because most people in the US have always fought against a national ID card.

This phrase originally indicated that it was not the intent of the issuer to create a national ID card thus avoiding the whole issue.

National ID sounds too much like the papers used in Nazi and Communist states to help control their population.

As time goes on and the WWII generation and their progeny die off, the dangers of a National ID card will have become forgotten and we will probably get one. And, then there are also ignorant people, like Bloomberg, that actually seem to think we should have a National ID.

It looks likle "ew-3" is replacing "Babs" as a rodeo clown on QC.

Hydrogen peroxide is a great way to clean out ear wax.

You really should change your handle "ew-3".

Everybody is always worried about "Nazis".

You're stuck in the past fella.

Unless anyone has got anything to hide, they shouldn't fear any big government bogeymen hiding under their bed.

Better be careful. ew-3 is a master baiter! Too bad he can't hold his own! Ewww!

You wouldn't have this problem if the Ponzi-scheme failing Social Security were privatized.

Michael Savage says that liberals who keep voting for the same politicians each election, who are destroying the U.S., are missing a gene .

Hey George...wasn't Bernie Madoff hired by the government as a social security consultant?

Bring it on! Hi to Fidel.

What an ASSHOLE !!! NYC is a Sanctuary City common knowledge ;-( Control our damn borders DEPORT ILLEGALS ASAP and we wouldn't have this issue ;-) and we wouldn't be in the debt were in ;-(