State is broke and city is owed millions 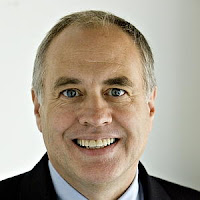 State government ended the quarter in deficit for only the second time in modern history last month and could go broke again before the summer's over, state Comptroller Thomas DiNapoli warned yesterday.

The comptroller traced the gap to the Legislature's failure to pass a complete budget and Gov. Paterson's decision to carry $2.9 billion in delayed payments into this fiscal year.

"There are fiscal storm clouds rolling in," DiNapoli said in a statement.

"The next school aid payments are due in September, and New York's cash umbrella may not be big enough. The state could, once again, be seriously in the red."

A general fund shortfall of $87 million will have little practical effect on the $134.4 billion-a-year government because officials can shift money from other accounts, but it demonstrates the severity of the state's financial woes.

The general fund slipped into the red for the first time ever in December and could face another cash crunch in September, when the state's on the hook to pay the estimated $2.8 billion in school aid.

Paterson has threatened to call lawmakers back for a summer session if they don't act on a budget soon.

The state's rapidly approaching its Aug. 11 record for the latest budget in its history.

And on the city level, from Crains:

As part of plans unveiled Monday by the city to save $500 million over the next four years, the mayor wants to step up pressure on delinquent debtors.

Mr. Bloomberg says he has instructed the Department of Finance to report debtors to credit reporting agencies, hire more outside debt collectors and make it easier for New Yorkers to pay the city what they owe.

The plans are part of an overall strategy to improve the efficiency and reduce the size and waste of city government that could produce long-term annual savings of $500 million a year.
Posted by Queens Crapper at 1:27 AM

Still haven't seen any major protests from people on here or any suggest of that for the years of Bloomberg's bloated staff pay for all his underlings and the revelations of his corruption in the NY Times or numerous other papers articles on this pathetic liar.
He should tighten his belt with the loose rules for over development to name a few hundred issues with this guy but its truly sad people are scared of this guy.

A guy from Pix 11 news at least has given a cost cutting report suggestion to the heads at the MTA.

It'll soon be back to the early 70s for NYC!

Und der Reich's chacellor Mayor Herr Bloomberg intends on selling off Flushing's Muni Lot #1 to TDC through it's criminal agency EDC at a time like this!

Don't you think the city of New York should be using the revenue generated by parking fees (and fines) to help ease it's financial stress?

Not if Wellington Chen, the man behind the curtain in this affair, and his mamby-pamby little "white" errand boy Meyers have their way.

And how much money did Michael Lee (the builder) contribute to the political campaign of his good friend Councilman Peter Koo?

CB#7, of course, paved the way for this disaster by voting to approve the Flushing Commons project...another common rip-off foisted upon us by a dictatorial wannabee emperor/mayor.

Thanks for selling out your district CB#7...you mayoral stooges.

Hope you all enjoyed kissing his ass.

He's in the loo practicing his back stroke so he can better jerk off us New York residents!

http://www.youtube.com/watch?v=rdLQNanbNhU
Here is my YouTube from the Crain's breakfast with the new Republican Deputy Steve Goldsmith. I left out the part about him getting Albany in line because I was so taken a back by him admitting he wants to close firehouses and he gave a long non-answer about his stance on gay marriages which sounded like he is anti-gay marriages.

The City as I understand it was owed a fortune in fines by developers, contractors and landlords by DOB and ECB -- environmental control board -- combined it could have been over a billion dollars - not sure but that is what I heard and Mike's mini-me Christine Quinn dismissed a large part.

Why would Bloomberg bring in a Republican at this late stage. Is this yet another move like hiring his campaign staff to the tune of 2 million dollars on the tax payers back and taking his philanthropy national instead of local?

Suzannah, you like the iPhone4? I'm thinking of getting one too. How come the video imaging is compressed?

Been there, done that!

Hey, bike lanes and $50 million in Queens Plaza who is complaining.

There is plenty of money for the right people and considering the doormats will blame themselves (to say nothing about tripping up those with the balls to try to do something), everything is fine.

Fine the landlords, collect on those HPD fines. now how about those illegal aliens who get government benefits and work off the books?

who should protest? outer boroughs are jam packed with overly lib. hipster metrosexuals and illegals. the only people with a vested interest in change are older folks who never got to leave the boros (not imagining the crap it would morph into over the past few decades). illegals are bad enough, but hipsters are even worse. what would they protest? they are too busy wearing post-ironic t-shirts and not understanding how the nanny state gets funded (yes, from YOUR taxes you guitar- playing assclowns)

No one said anything about the goddamn politicians wasting all out hard-earned tax dollars. When the sh*t hits the fan economically speaking then we can see how the politicians screwed us (the taxpayer). If anyone in charge had the public good in mind when they made decisions over the last 30 years or so, I'd like his or her name. I'm sure the list would be very short, but we need people like this now more than ever.

how come the common folk ante up the $$s for their tickets,fines whatever and the big guys get away with this ?

and of course blooomberg and friends will continue to operate their sanctuary city off the backs of the taxpayers and continue to ponder the debt and closure of needed hospitals and jam packed city schools.