Forest Hills' historic stadium may be a goner 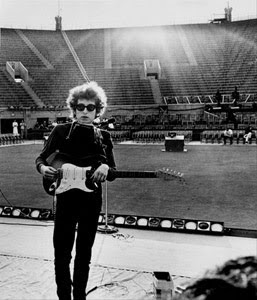 The West Side Tennis Club is considering selling its historic stadium, a decaying landmark that hosted the U.S. Open for more than six decades before the game was moved to the National Tennis Center a few miles away.

The horseshoe-shaped stadium, which also was the venue for numerous other events such as a Beatles concert, is revered for helping tennis to grow into a mainstream phenomenon.

"Forest Hills is a U.S. Open icon," said Jim Curley, the U.S. Open's tournament director. "It's unfortunate when you lose a stadium like that with so much history."

The stadium is surrounded by some of the most prestigious real estate in Queens, which has fueled speculation that the site could be a prime candidate of high-end residential development.

West Side Tennis Club President Kenneth J. Parker declined to comment. Nancy VanDerbeck, the club secretary who notified some members about the potential sale Friday, also declined to comment. But according to a notice posted at the West Side Tennis Club, an informational meeting about the potential sale is scheduled for Aug. 10, with a vote by members planned for Aug. 19.

The stadium seats 15,000 and is the former home of the U.S. Open but now is little used.

Two-thirds of West Side Tennis Club members with voting rights must agree to the sale. It is unclear if a buyer has already been selected and how much land would be included in any deal. The letter says the sale proposal would only cover the "stadium parcel."

The issue of what to do with the little-used stadium has long split the club's 825 members. Some want it refurbished; others prefer demolition.
Posted by Queens Crapper at 10:15 AM

If I were a member of the WSTC, what would entice me to vote "for" the sale of this parcel? I doubt the members will see any benefit.

It was only a matter of time for this-- I'm surprised it lasted as long as it did. It's not used for anything anymore, and is a relic from another age-- like the old "Aquacade" in Flushing Meadow Park. The tennis club will get a pile of money, and likely relocate.

The clubhouse and courts are staying. It's just the stadium that it being sold, according to the article.

If that St Saviors lot is worth $8 million, then this should be worth $25 million at least.

The whole complex should have been landmarked decades ago.

I say build!!! The parking in the area is easy and there is no overcrowding in the neighborhood. What this borough needs is more housing and commercial space.

If they hold an occasional concert here, or something like that id be in favor of landmarking it... but if its not being used for that then why even bother?

Architecturally, this stadium is not exactly the world's eighth wonder.

There were smaller tennis tournaments held there for a while after the U.S. open left, and occasional concerts, but mostly the club neglected it.

It wouldn't have been very hard to keep that up and maintain it properly.

They probably had a development scheme in mind for a long time and just waited until it decayed to the point where there is no other choice.

Why not have some of the less popular matches of the US open here?


Keeps it connected to its history, finds a use for the facility, and helps some of the overcrowding at Flushing Meadows.

I'm not sure all of it is; in fronts 69 ave which is not. How about more one family houses, tudor style, instead of an apartment building - how wait, silly me, it's queens!

There is no reason to up-zone that parcel at all. The current zoning is in character with the neighborhood.

As a life long resident of the area I recall this coming up every now and again and seem to recall the last plan's stumbling block being the parking issue. Seemingly the (last) proposed building had no parking of it's own and residents of the surrounding blocks felt their streets would be flooded with cars-an issue for those outside the gardens due to alternate side of the street parking . Within the F.H. gardens the streets are private and one needs a parking pass to avoid booting and towing so the issue of weather the new building is in F.H. gardens is an interesting one-the gardens corp. strictly oversees building in the area...
As for the members-and again-this is going back several years-I think their motivation was
#1: they do not want to be responsible for the cost of up keep on the stadium.(It looks to be in disrepair )
#2: They would love the cash infusion it's sale would bring to their club.
#3: The locals did always make holding events there hard-parking got crazy (though some made $ by renting out their garages and driveways) and there would always be complaints about the noise. After concerts there could also be a bit of garbage left in the area and drinking -I seem to even recall folks camping out on lawns of the private homes like it was a picnic ground.

They should landmark it, rebuild it an then move the US open back to it. Tennis is losing popularity as less Americans are making it to the finals. Tear down the Ashe stadium and surrounding courts and give that area of the park back to the people of Queens. That public park land should never have been taken away and fence in for the rich and powerful at the expense of working class people and park wildlife. I spoke my piece and counted to three.

how about a great lawn - nothing but grass - to make up for all the concrete on the other side of QB?

where else can i bury my illegal medicaid frud profits?

A great spot for a mosque and Islamic cultural center.

-The End
Saw The Doors open for Simon and Garfunkle here. My uncle was the FOH soundman (Electro Sound)
People hated Jim Morrison, they cheered and clapped when he sang "This Is The End"
Drunk Morrison thought they liked the song till he figured they were cheering thinking it was the last song. Morrison then got crazy pissed off and almost got killed by the crowd

I also remember Paul Simon being my height at the time, I must have been 7

hendrix played there as well

Yep, Hendrix too.
His stage volume was so loud and piercing bright everybody ran back !
He used two 200 watt Marshall Major amps.
Hendrix also played in the NYS Pavilion as guitar player for Little Richard for a private Robert Moses party.

Those snooty Forest Hills folks didn't want the "noise" of concerts at the stadium disturbing their tony nabe.

So now they will have the eternal peace and quiet they desire until the jackhammers begin their overture!

FOREST HILLS TENNIS STADIUM PRESERVATION CAMPAIGN: Our perspective & clarifications for those who asked questions or made incorrect statements:

In all press, the West Side Tennis Club nor Cord Meyer mentions Restrictive Covenants, which have a major impact in maintaining the Forest Hills Gardens architecture and streetscapes since the "beginning of time." The failure to mention that causes the greater public to speculate about their intentions.

No condos in or in place of a national icon! Imagine what future generations would view it as...a travesty, which the inner conscience knows. "The Queens Rendition of Penn Station!" It would mean a crush of the "Landmarks Law," which was enacted by government in response to the greater majority, in response to the demolition of Penn Station. In this case, the Forest Hills Gardens Corp claimed that the Restrictive Covenants are stronger than the Landmarks Law, when approached by the Landmarks Preservation Commission in 1990.

We call for creative reuse for the historic Stadium as venue that would host matches, more subdued concerts, community events and fundraisers, school trips, weddings, exhibits, etc. When there's a will, there's a way. Visionaries welcome...Greedy interests NOT!

The opinions of the greater community and greater majority should be taken into account, rather than selling and demolishing any bit of an icon for "a quick buck" to pay off debts and feed the dumpster literally. The West Side Tennis Club should be an ally, and therefore sell the Forest Hills Tennis Stadium to an organization which understands the definition of value. Forest Hills-based Jet Blue can be one of the first sponsors. On NY 1 News, the WSTC indicated that they are not entertaining alternate offers. For some reason, WSTC President Kenneth Parker and his board are only interested in considering and voting upon Cord Meyer Development's proposal. Isn't it more productive to maintain an open ear, and be on the side of the community and nation?