Write to the City Council against Flushing Commons 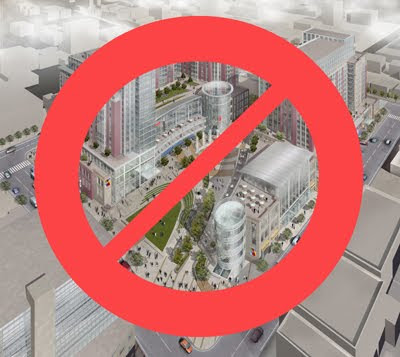 With the Council committee set to vote soon, please send emails to the pertinent members to send emails asking them to vote No on Flushing Commons. Common points could include:

- FC alone will increase traffic 25%, and this is based on outdated DOT plans to relieve traffic, which even if they had implemented, would still leave 14 intersections with 'unmitigated' conditions.
-Flushing has 3rd busiest intersection in NYC = horrendous traffic conditions for cars, buses, trucks, and Especially people
-7 line, buses are already packed
-Flushing Commons Draft EIS uses NYCDOT calculations on converting Main & Union Sts into contraband one-way streets which is NOT HAPPENING anymore - any traffic analysis in the report is now WRONG.
-Flushing is successful because it is made up of mainly small affordable 'local' stores, not chain or upscale stores.
-If City Council can defeat Bloomberg's conversion of Kingsbridge Armory, then it can defeat another one of his give-public-land-to-private-developers projects.

E-mail the members of the Zoning Subcommittee and eventually the full City Council.
Posted by Queens Crapper at 1:42 PM

There are only two members of the committee from Queens, Leroy Comrie and the Chair of the committee Mark Weprin. I wrote Mr Weprin about it as he is my councilman. I hope others do so as well.

You resent the change that has taken place since some imagined historical golden age, yet you fear any further change. Have you really thought this through? What does Queens Crappy really want?

It sounds to me like you want Flushing to stagnate just as it's positioned to become another great urban center within NYC. Yes, let's keep sending those jobs to Manhattan (or worse, Nassau), shall we?

I don't resent anyone who owns a business. The only thing I resent is when those businesses act exclusionary.

Yes unless a big developer comes in and gets handed a present by the City, Flushing will stagnate.

Give me a break.

Write to the FBI instead about Wellington Chen (Chan, Chin....or whatever other name he goes by).

He's most likely the one that's pulling the strings of his front men puppets on this one.

(LOL)!
It sounds like either Myra Baird Hearse or little Mikey Meyers is posting as anonymous #2.

Remember folks....
TDC is a Shanghai based group from communist China!

That's where their other headquarters are.

So now Bloomberg (that "great" capitalist) is intent on selling off a NYC public parking facility to the reds?

Progress for who...the developer, Peter Koo (the developer Michael Lee's good friend) and the rest of their scheme team?

Late 1970s to the early 1980s:
First the Taiwanese were brought in to push out African Americans.

Now the mainland Chinese are set to drive the Koreans out.

Where's the multicultural Flushing that our crooked pols keep on talking about?

It's a mono-cultural cesspool.

And this phony project won't get off the ground...not in the scope & size that its builders intend.

Take A LITTLE WARNING (we know you all follow Queens Crap because you can't afford not to)!

You city council members who are about to vote on Flushing Commons (yea or nay)...come election time we won't forget how you voted!

You don't like the "round eyes" speaking the truth?

Now I believe they were replaced with CHELLY! MASSAGEEE! GOOD YOUNG GIRLS!

Now it's about to be finalized as a Chinese colony.

Forget it Jake it's Wellingtowne!

Where is that diminutive Mr. Chen these days anyway...in hiding?

The Chinese found a chink in Flushing's armour many years ago and exploited it to their advantage.

Thank you Myra Baird Herce (or should it be more appropriately spelled Hearse)?

After all, isn't she the town's undertaker?

He'll be pushing to be mayor in a few years.

Billy, didn't we tell you no Internet except for one hour after school? Leaving idiotic comments will get you nowhere in life.

Oooh...sounds like "bigoted Oriental"..probably a part time student/restaurant waiter in a dim sum parlor...is pissed about some non slanted statements being expressed here!

She introduced a bill requiring the substitution of "Asian" versus "Oriental" on NYS forms.

I'm having my Oriental (Shirvan) rug sent out for cleaning today.

Perhaps Albany could use a good enema!

Ah....let the Chinese and Koreans go to battle....and one push the other out.

That will result in having one less abnoxious group to have to deal with.

I couldn't care less...moved out years ago!

Why all the fuss and bother anyway?

Downtown Flushing is just a pimple on the asshole of the world.

It's a done deal!

The only choice left is "well done" or "medium rare".

Too bad but those about to be displaced poor Korean businesses had better start hiring their moving companies.

Don't you just love it?

All of those pols, ex pols and their behind the scenes pals extolling the virtues of the Flush- Com project live NOWHERE near that already over congested downtown area.

Where does TDC's Michael Meyers and Michael Lee reside?

So is Halloran going to continue kissing fellow Republican Koo's ass and vote to approve the Flushing Commons project in the city council?

He supported it at CB#7.

Do you want to get re-elected?

Halloran is a wreck!!!

The Koreans held a demonstration against this project this past Saturday.

One source reported 400 in attendance.

Another, "New York One TV", showed about 75 showed up.

What's the real number?
But does the head count really matter?

Flushing is already known as "Little Taipei" around the world.