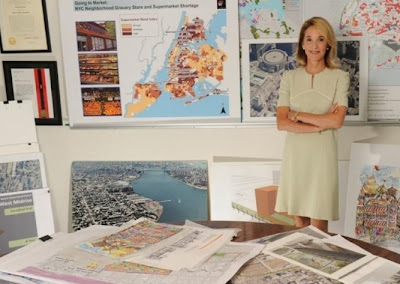 Amanda Burden, chairwoman of the City Planning Commission and the administration's empress of all things zoning, said last night that she does not want to see the seven-month review process changed.

Speaking on a panel on the land use policies of Mayor John Lindsay, Ms. Burden was asked about her thoughts on the Charter Revision Commission.

"Some people think that ULURP takes way too long; half the people think it's way too short, and that means it's probably just about right," she said. "I think we definitely should make sure we don't mess with things that aren't broken."

While many good ideas will come out of the commission, she added, "changing the ULURP process doesn't seem to be one that really makes sense."

The strong statement suggests that the commission, which is controlled by mayoral appointees, will indeed leave the rezoning process alone. Developers have long pushed for a shorter process, and community boards have worried that their voices would be marginalized by any change.

Speaking at a meeting of the City Charter Revision Commission Thursday evening, Mr. Angotti was the only one of a five-person panel of land use experts to take serious issue with the way the current rezoning process--known as the Uniform Land Use Review Procedure--now operates.

The problem, he said, is not what happens during ULURP but rather what happens before a rezoning application is certified--before ULURP, which over the course of seven months determines how a piece of land can be used, officially begins.

"What happens in the pre-ULURP process is that there are agreements made between public officials and communities that occur outside the sunshine of the public process, many of them behind closed doors," he said. "They are informal arrangements, informal meetings, and quite logically they happen before the ULURP process because no applicant wants to go through a seven-month process with all the time and effort that it involves and find that in the end their application is going to be turned down because they didn't anticipate the opposition of certain groups."

He said that because important decisions are made before ULURP even begins, community boards are left with the queasy feeling that their participation in the process is only for show.

"This leads to frustration, cynicism, division and anger within communities because they perceive that what's presented is a fait accompli," said Mr. Angotti, who has done consulting work for groups opposed to city-led redevelopment projects. "They feel that the time and resources that they invest in ULURP's process are wasted, and they're constantly reminded that the community board's vote is only advisory."
Posted by Queens Crapper at 12:11 AM

Oh yeah? Can you say beast of Burden!