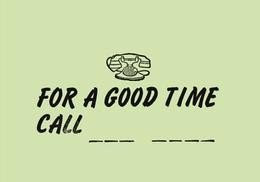 A spurned Romeo hungry for revenge allegedly stalked and threatened his former lover -- a married teenager -- and plastered nude photos of her around her Queens neighborhood, authorities said yesterday.

The shocking posters of the 19-year-old Richmond Hill HS grad -- who hails from Guyana and is of Indian descent -- were tacked to the family house, street poles, trees, car windshields and neighbors' front doors.

It listed her full name, address and phone number and said to call "if you wanted a b---job," according to a Criminal Court complaint.

The lovelorn suspect, Suresh Persaud, 28, also of Indian descent, pursued her from April to June with phone calls and e-mails threatening to kill her or "mess up her life," the complaint says.

He vowed to "have his friends beat her up" and "put her in the hospital, and "hack into her AOL account," according to the court papers.

Persaud, who has three DWI arrests and arrests for criminal mischief and disorderly conduct, was busted Saturday and charged with aggravated harassment, said a spokeswoman for Queens DA Richard Brown.

He was released on $1,000 bail, and an order of protection was filed against him.

Reached at her home yesterday, the aspiring model -- who asked that her name be withheld by The Post -- admitted she cheated on her husband, who lives in Guyana.
Posted by Queens Crapper at 12:56 AM

How dare they not keep him in jail until trial? He has already terrorized her. Do they want her dead too?

A close friend's brother had a similar pattern to what happened here. A woman dumped him, but he refused to let go.

First he tried to extort her by threatening to expose naked pictures of her. Then, when that didn't work, he put a bomb under her car.

Thankfully, he came to his senses, called the police, and the bomb was disarmed without harm to anyone.

His final act was to lock himself in his bedroom, call all his friends and his brother and blow his head off with a shotgun while his loving mother listened in the next room. She died of grief before the year was out.

People of this nature are extremely narcissistic, controlling, vengeful and angry. You are not a person, because they cannot recognize any other person than themselves. You are an object, a possession.

This will go one of three ways: He will kill her, kill both himself and her, or kill himself. I hope that he chooses option #3.

You are right this is never going to end.

The fourth solutions is her family gets some balls and puts and end to this problem.

and then her husband will kill her if he doesn't

These sandniggers think they own women.The law means nothing to them.Oh,i forgot WE have to respect their culture.Fuck him!Reason #44 why there is so much distate for some immigrants.

wow, she must be the best 'femme fatale'in the news this year, and at 19 she's just getting started. Already poisonous on two continents, watch out men of Europe, Asia and Africa, you may be next.

Let's not forget how many foreign woman prey on american males to get the ol' greencard.If you're an old(or young) fat or ugly bald guy and a hot immigrant woman digs you,wake up.Stupid mf'rs.