Will the Walentas get their way? 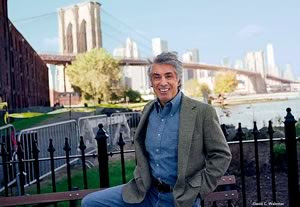 A controversial plan to build an apartment tower right next to the Brooklyn Bridge is gaining momentum after years of stalling.

Their firm, Two Trees, has sought approval for the $200 million project since 2005 and last year offered to include a public middle school in hope of swaying city officials.

Critics point out that while a school could be built elsewhere, losing the view would be permanent.

Markowitz, who'll hold a hearing on Jan. 27, declined to comment.

The NY Times has more.
Posted by Queens Crapper at 12:48 AM

Markowitz will back Two Trees. Full tilt.He's bought & paid for by the developers.

What happened at the CB?