BSA - what an appropriate name! 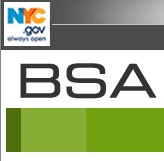 You can always count on the Bull Shit Artists at the Board of Standards and Appeals to approve a variance for a building that no one wants to see in their neighborhood:

Korean day spa set to open despite lawsuit from Avella

Avella and several influential community groups have fiercely opposed the project and filed a lawsuit against the Board of Standards and Appeals in August after the city agency approved construction plans. The lawsuit is currently pending.

Residents say the spa, which can hold up to 1,200 people and will operate from 6 a.m. to midnight, will aggravate traffic woes in an area already congested and saturated with commerce.

Councilman Dennis "Pinky" Gallagher wrote a letter to the Board of Standards and Appeals on behalf of the owner of this establishment in support of the variance application. Why would Pinky do that? It's not even in his district! You guessed it:

Let's see who else has taken legal bribes from this guy:

Oh yes I'm pink
I drink
I'm such a dirty rat bastard fink...
But let me think
Did I tell anyone about my graft link?
If I go and see a shrink
maybe they won't throw me in the clink!

Maybe "Pinky" is gonna get a one year "freebie" pass at the spa.

Steve Chon's office is on Northern Blv'd near 165th Street next to Vincent Randazzo's ugly building .

Chon seems to be the boy who every Korean Developer is using along Northern Blv'd. from Bell Blv'd. to 149th Street.

Chon is responsible for the fire which created that hole on Northern Boulevard and 153rd Street. If I remember correctly, the cause of the blaze suspicious and Chon received a violation from DOB for not having the required permits.

In any event, the "spa" is ugly and inappropriate. Can't say too much about it, the Flushing Times might call me an "Archie Bunker" for oposing it. Maybe Blank will join Gallagher for a mutual "rub".

Maybe if Team Gioia spent more time with the people of the nabe he might not fall in with characters like this.

But you can't keep 'em down on the farm .... especially if you are ambitious and, unlike the residents of your own district that you have written off, have a great future.

First, the article refers to the spa's location as Malba when it's really College Point. Malba is known as upper-class where as College Pt is known as blue-collar, so I'm sure they're using Malba for marketing purposes. Yes, the apts across the street are called "Malba Bay" but I've always thought that was misleading. I'm fairly certain 138th Street would be the dividing line.

Second, I don't know if we have to worry too much about the congestion, because I don't know who on earth is going to go to this place. Unless you live there, it's very far off the beaten path! It's also scary looking. I give it 6 months.

Does his support for this "spa" outside his own district make girlie boy Pinky a pimpette?

Or, is he just one more rectal pimple?

Good to see that Gallagher stabs other Queens residents in the back and doesn't limit himself to his own consitutuents. Thank you, Pinky.

Since Avella comes to Gallagher's district to help fight against overdevelopment, Gallagher feels compelled to return the favor by fighting for overdevelopment up in Tony's neck of the woods.

Over-building and nudity together... perfect for Pinky.