Avella not backing down 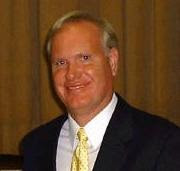 To Councilman Avella. Thanks for your continued support.

She said “inspectors are closely monitoring his work” (what work Kate – they shouldn’t be doing any darn work here -- the construction permits have been lapsed at this site since March 2006). Monitoring for what Kate? You don’t need to do any monitoring. The neighbors near these unsafe sites have to do the monitoring because their lives are at stake. All the DOB needs to do is come when we call, listen to our real concerns and do something about them. We call you because of unsafe and dangerous conditions and you fail us.

This week, we told the DOB about our concerns about letting the Huangs do a drywell installation without construction permits. Presumably, the DOB let them pull plumbing permits to correct what, possibly an unsafe, a condition that they created before. We called to say that we were concerned about the pile driving that was shaking our homes and taking place day-after-day. We were told that they were able to do it. Well, Kate, surprise, surprise, they didn’t call for a utility mark-off and guess what happened -- they hit the gas main. Gas fumes permeated the neighborhood. Once again, we were put at risk. The block was lined up with all kinds of emergency services. So much for your close eye. Thanks for nothing.

This week, the site (supervised by young John Huang) was closed down for not protecting the public and unsafe conditions. Need we say more.

Lindquist said Huang "has proven himself to be worthy of increased oversight" from the DOB. When is the axe going to fall Kate? Can you tell us that? Where are the DOI, BSIU and IAD with all this going on?

The DOB needs to confiscate the two pieces of equipment still on site that were used by First Class Wrecking to cause the gas main break.

Talk is cheap.....where are the results for this aspiring mayoral candidate?

The reason why the Councilman has not gotten any results is because Commissioner Lancaster fails to respond to his many letters. Why is that? How dare she! We pay her salary. We demand answers. She needs to meet with our Councilman who is representing us. No action on her part can only lead to the assumption that there is some wrongdoing going on. Undoubtedly, addressing it surely is going to open pandora's box. It ain't going away until it is exposed. So get on with it. Who is protecting the Huangs? The theory is it goes high up. We want to know. A special task force needs to be put together by the Mayor to commence a thorough investigation.

Mr. Avella is the only councilmember fighting for the middle class. He's by far the best choice for mayor.

Until Avella backs out on his support for the LIC private waterfront grab he should be suspect in everyone's books.

Its one thing to play before your audience (any hack can do that), but to screw over a community that is trying to organize says a lot about character.

You can be sure of one thing.....that Avella, like any other politician, is fighting for victory.......his !
Anything else is gravy !

We need to see some results (and stop making excuses for him) right now...... before the day he might become mayor...... otherwise these are just campaign promises !