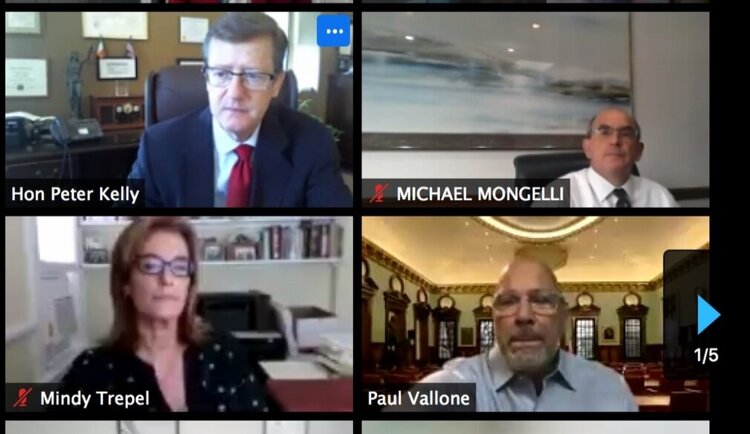 Term-limited Councilmember Paul Vallone will be among four candidates nominated for judgeships by the Queens County Democratic Party Tuesday morning, according to five people familiar with party decision-making.

Democratic district leaders and other members of the organization will meet virtually to make the endorsements at 10 a.m. The party’s choreographed endorsement events typically serve to rubber-stamp candidates chosen by party chiefs.

If elected in November, Vallone, a councilmember in Northeast Queens, would follow his brother Peter Vallone Jr. from City Hall to the Queens bench. Peter Vallone Jr. became a justice in Queens Criminal Supreme Court, where he handles child abuse cases, in 2016 after representing Astoria for 11 years in the council.

The Vallones have been prominent members of the Queens Democratic organization for decades. Their father Peter Vallone Sr. served as city council speaker and now runs a lobbying firm. Their grandfather Charles Vallone was a long-time judge in Queens.

Paul Vallone did not respond to requests for comment for this story.

He was previously rated as qualified for a judgeship by an independent agency in 2012 but decided to run for the council rather than seek a judicial nomination at the time.

VALLONE?????
A do nothing councilman will be a do nothing judge.
Fucking ridiculous!

Hey goombah! Now you can do less work if you’re a judge! Putanna disgraziato!🤮💩