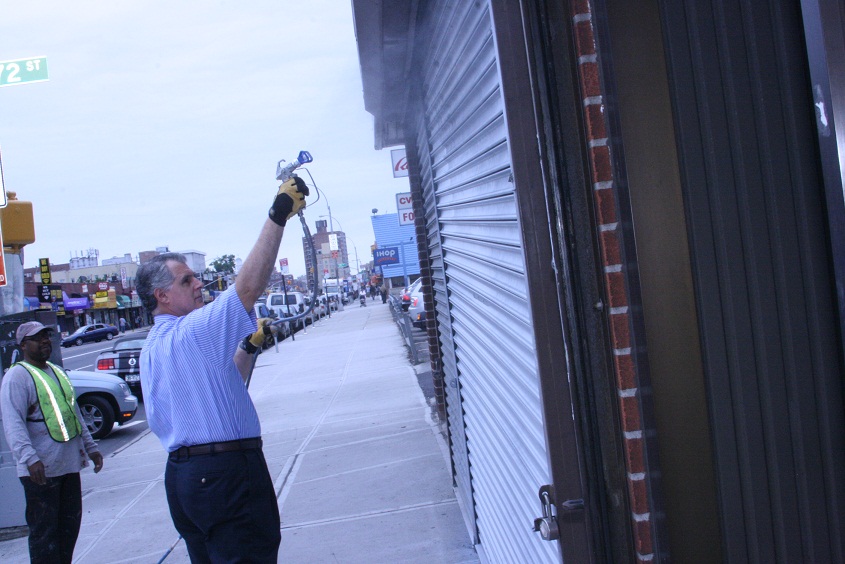 Former Councilman Jim Gennaro was poised to win his old Queens seat in a Tuesday special election that marked the first time the city has used ranked-choice voting.

With more than 95% of scanners in the low-turnout contest counted as of Tuesday night, he had about 60% of the ballot. The outcome of 2,039 ballots in early voting was unlikely to shift the outcome.

“I feel humbled that the early returns show that our campaign is likely to prevail in this election,” Gennaro said in a statement.

“I am of course compelled to respect the process of the counting of all the ballots,” he added. “I eagerly await those final results.”

He would need over 50% of the vote to win outright and avoid an instant runoff.

Under ranked-choice voting — introduced as an attempt to level the playing field between contenders — if no candidate wins outright, a process of elimination begins. The candidate with the fewest first-choice votes is discarded, and people who voted for him or her get their second choices counted instead. The process continues until someone gets more than 50% of the ballot.

A City Councilman painting a private property. Is that legal. Does he belong to a Painter's Union or is he just out there taking someone else's job. The last fella connected with the NYC Council that I caught painting private business property without Union Labor was Dan Halloran. Remember Dan?

Now we know what really happened to Halloran. He crossed the unions.

You folks are something else again. As Council Member for twelve years, Jim cared for our communities. There is a permission form that can be signed by a property owner that grants agencies the right to clean graffiti from private property. It is because of his service to this community that he won this election.

https://qns.com/2009/10/gennaro-gets-hands-on-in-war-against-graffiti/ In this article, City Solve was the agency that was doing the clean up. One does not have to tolerate unacceptable Quality of Life conditions when one gets out and votes for a candidate who knows how to get a job done.

This district also has a fine Community Board.


I will hire who I know will do the best job.
Most the union guys are nothing more then overpaid amateur hacks who got lucky. Union guys will also walk off the job and say "FU" when you show them or suggest how to do it right.
Screw that, I will select who paints my private parts and contracts thank you god dam communists and rackateers

“I am of course compelled to respect the process of the counting of all the ballots,”

Yes, most sane people would agree with that statement. It doesn't just apply to local elections.

This is actually good news. Gennarro is actually a decent guy who actually does his job, unlike most of the Council

Still watching Manhattan primaries in June. Sara Lind winning on the UWS might be a danger to NYC.