A lot of citizens hate the city's open restaurants program 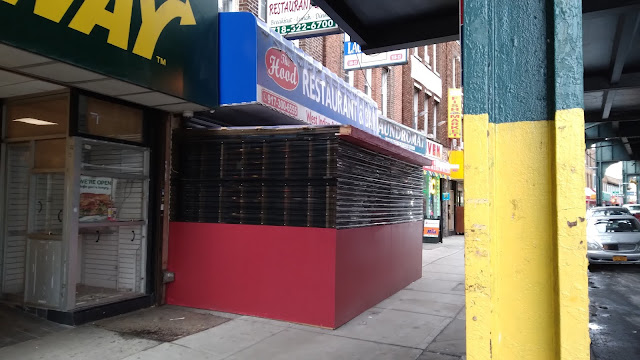 A cornucopia of outdoor dining setups, from igloos to gazebos to cozy shacks, will be permanent fixtures of New York City's dining scene. But restaurants' recent expansion from dining rooms to sidewalks and streets left many New Yorkers stewing.

Outdoor dining setups drew more than 4,400 complaints to 311 since July as the city's Open Restaurants program ramped up, according to data.

They complained about restaurants encroaching into sidewalks and onto streets, the lack of ADA ramps, the setups' conditions and more.

But starting in October the complaints began to trail off — perhaps because of cold weather, or maybe as New Yorkers got more and more used to what Mayor Bill de Blasio called a "new reality" when he first announced the program in June.

"We've had it before, but the way we have to do it now, is very new and different, but we're ready," he said.

Outdoor dining sprang up as a way to safely reopen restaurants during the coronavirus pandemic — and eateries and New Yorkers alike quickly jumped on the bandwagon.

Within days, nearly 6,000 restaurants signed up for the program. Nearly 11,000 outdoor dining locations were listed on the city's Open Restaurants finder as of Friday.

The city allows restaurants to self-certify but sets strict rules. Sidewalk seating, for example, must allow an 8-foot path for pedestrians. Roadway setups must have a fully built interior wall that can hold filler material, as another example.

And to ensure compliance, the city's Department of Transportation has conducted nearly 40,000 inspections across the boroughs, data shows.

Roughly 7,500 of these uncovered a non-compliant condition, according to data.

Inspectors also responded to 311-driven complaints. Of those 4,400 complaints, data shows roughly 2,300 were essentially ruled unfounded — the outdoor dining set up was in compliance.

That's why people hate it.

Never mind though, there are plenty of nutjobs who love to eat in the cold, sitting in pods and other contraptions.

Where is Joe Biden? When was the last time he stood up and took questions from reporters ?

Have a great idea.

Test the vaccines on gov't officials.

If they are safe the vaccine is safe.

If they die, the country is safe.

The City will find a way to cash in on making these eyesores permanent.... You heard it here first...

Between these shanty's, the mountains of garbage, rats and idiots standing around looking lost (or selling dope)you need to walk in the street with the cars.
New York City looks exactly like parts of Puerto Rico !
Its cleaner with less speeding cars in the streets of old San Juan, you can drink your 32oz Cruzan Rum Banana Painkillers in the street too !!

They will call it the gazebo experience or summer garden experience - 10% extra tax of course.

Looking at the bright side stupid people can charge their smart phones for free garden style.