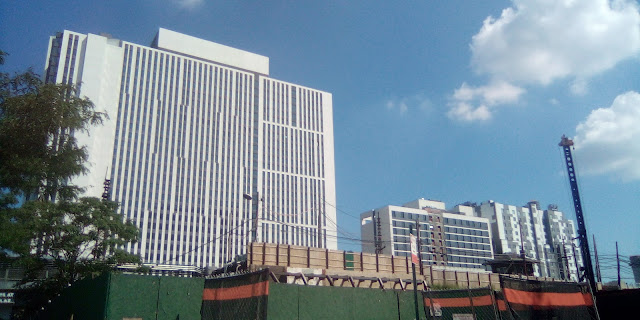 ‘Upon close examination, the speaker’s proposal falls short and leaves the door wide open for the continuation of City Planning’s top-down, developer-driven rezonings by offering them a new shroud of legitimacy: a comprehensive plan engineered by city officials that fast-tracks rezonings.’

I was pleasantly surprised by the bold new call for comprehensive planning emanating from the New York City Council. “Planning Together: A New Comprehensive Planning Framework for New York City” was issued by City Council Speaker Corey Johnson in December 2020. It is a long overdue and bold proposal that deserves close attention from community activists and critics of the Department of City Planning’s zoning policies and their role in the displacement of low-income communities of color.

However, upon close examination, the speaker’s proposal falls short and leaves the door wide open for the continuation of City Planning’s top-down, developer-driven rezonings by offering them a new shroud of legitimacy: a comprehensive plan engineered by city officials that fast-tracks rezonings. Both the plan and the planning process would continue to be controlled from the top, where lobbies with outsized influence rule. Community involvement would continue to center around weak, underfunded and often unrepresentative community boards. There are no guard rails to protect against the city’s shallow community participation games, disconnected from decision-making. Community boards remain understaffed, underfunded and underrepresented, and members continue to be appointees of the powerbrokers sitting in the offices of the borough presidents.

Planning should be an on-going process at the neighborhood, city and regional levels. The goal should be transformative planning—dedicated to socio-economic equality and environmental justice while also being comprehensive. It should guarantee the participation and enfranchisement of historically excluded populations, not merely as endorsers but as central participants. As communities of color and immigrant communities—the majority of our population—continue to face wide environmental, public health and economic disparities, transformative planning must seek to change the balance of political power from real estate to real democracy, from Wall Street to Main Street, and from a City Hall overcharged with lobbyists to people power. For comprehensive planning to be truly democratic and equitable it must be an ongoing process led by a diverse assembly of those who live and work in the city, and not a technocratic elite under mayoral control.

I have often pointed out how New York City is the only major city in the country that has never had a comprehensive long-range planning strategy. Instead it has relied on zoning, a piecemeal and patchwork system for regulating the use of land that too often serves the interests of developers. As the threats of climate change, sea level rise, and pollution intensify, and the city confronts huge challenges to reduce energy use and waste, it is now more urgent than ever that government at all levels break with business as usual and engage all New Yorkers in the search for deep transformations in the ways we live, work and play. Comprehensive planning could be the means for undoing and replacing antiquated and unsustainable environmental policies.

A decade ago City Limits recognized the significance of comprehensive planning in its special issue, Five Boroughs, One City, No Plan. However, subsequent efforts to put comprehensive planning on the agenda have been blocked by City Hall. In the most recent Charter Revision hearings, the chair of the City Planning Commission openly ridiculed planning. The City Planning Department has long nurtured the myth that its nearly inscrutable and overly complicated Zoning Resolution is a reasonable alternative to planning. In reality, zoning encourages the city’s decision makers to look only at individual proposed projects in limited areas.

The strongest calls for comprehensive planning come from community activists, not planning professionals. Starting in 1977, following community demands for a greater say in planning decisions, the city’s Uniform Land Use Review Procedure (ULURP) gave 59 community boards an advisory role by allowing them to review zoning changes. Communities developed their own plans and in 1989, civil rights, environmental justice and housing advocates won changes to the city’s Charter allowing for the approval of community plans. Fulfilling its self-fulfilling prophecy that planning is just a fruitless exercise, the city’s political leadership has created one-shot “plans”—really flashy reports—that mostly end up on the proverbial shelf.

While the new City Council proposal calls for an “ongoing participatory planning process” to help plan for our infrastructure, “participation” by itself is no guarantee of democracy. We’ve had enough of DCP’s “participation games” and tightly engineered ULURP public hearings. The council proposal foresees the development of “scenarios” for every neighborhood in the city, but allows community votes to remain only “advisory,” a term meaning they will not count.

The most unfortunate part of the City Council proposal is its utter failure to break with DCP’s fixation on growth in real estate development as the driver of planning. Even when it calls for “equitable growth,” the implication is that equity will occur only when there is growth. To understand what is wrong with this philosophy we only need to look at the results from two decades of both voluntary and mandatory inclusionary zoning, when the number of people without homes skyrocketed, public housing deteriorated, and “affordable housing” became unaffordable.

The only zoning changes this city should be making is downzoning the city.

Affordable housing should only be available for heads of the households born at least 2 generations in the borough they are applying in period.
Something has to be done to cull all these homeless, freeloaders and problem people from every state & country on the planet from coming here.
The friggan subway is a war zone barracks comprised of 1/2 the country's problem people.
More crazy people, alcoholics & druggies then rats

NYC Citizens for Responsible Development shared an update on Stop NYC Intro. 2186-2020 "Planning Together" from becoming law and ruining NYC forever! Check it out and leave a comment:


PETITION UPDATE
Official hearing scheduled for 2/23!
All hands on deck! The City Council hastily scheduled a hearing on Planning Together on Tuesday, February 23rd at 10am. You may submit written testimony or testify in person on the Zoom call. Please sign up ASAP by clicking the below link and choosing the "Governmental Operations Committee" hearing scheduled for Tuesday, February 23rd at 10am. This may be your only chance to speak on the record...