Queens is burning: In Richmond Hill and on Jamaica Ave. again 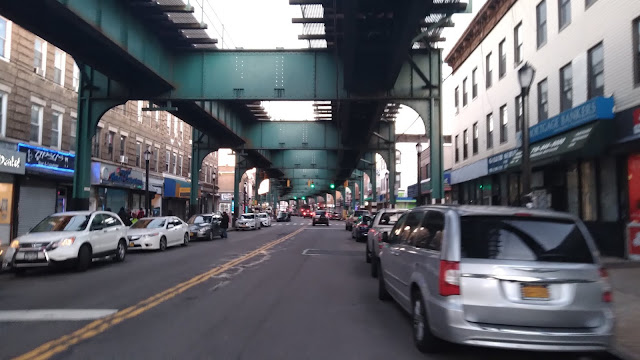 A five-alarm inferno burned a Richmond Hill dollar store to a crisp on Sunday.

No injuries were immediately reported during the blaze that broke out at about 7:27 a.m. on Feb. 14 inside the Dollar Jackpot store, located within a one-story structure at 107-12 Jamaica Ave. in Richmond Hill.

The flames quickly spread throughout the structure and grew into a five-alarm fire within about an hour. Nearly 200 firefighters from 44 units were called to the scene.

Using three hose lines from tower ladders, among other techniques, the blaze was brought under control at about 9:54 a.m. Sunday.

It was the second major fire along Jamaica Avenue in Richmond Hill since December, when dozens of people were displaced by a six-alarm inferno that broke out two blocks away, at 109-25 Jamaica Ave.

Richmond Hill was nice in to 90s when I left,road it is a Getto,got to be 2 steps ahead or your dead,