Pizza Nazi freaks out on ex 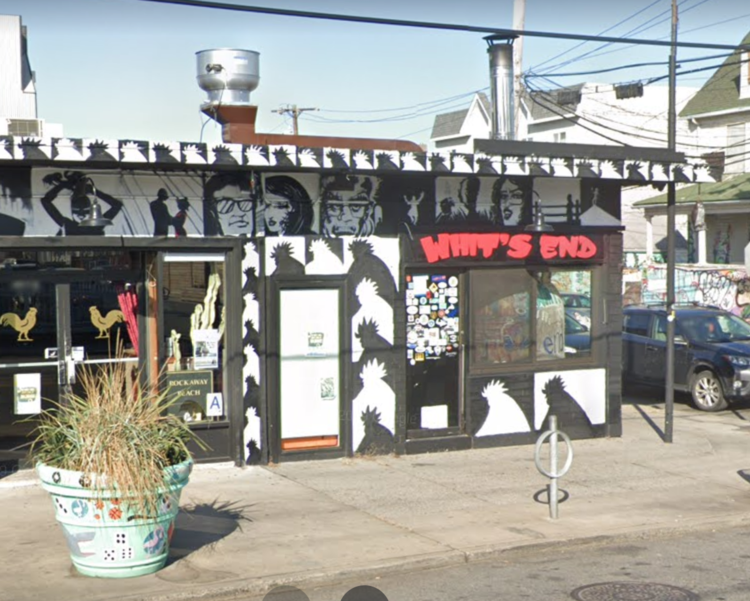 A hotheaded Rockaway pizza shop owner known for his customer’s-always-wrong attitude is facing criminal charges after Queens prosecutors say he damaged an ex-girlfriend’s window while screaming outside her home last month.

Whitney Aycock, owner of Whit’s End on Rockaway Beach Boulevard, was arrested and charged with second-degree harassment for allegedly cracking the casing around his ex’s window late at night Jan. 27. He was arraigned in Queens Criminal Court Thursday morning.

According to a criminal complaint, Aycock arrived at his ex-girlfriend’s home, “repeatedly yelled at her and hit her window, causing the casing of said window to break.”

He also allegedly reached through the window and “ripped open the curtains,” the complaint continues. He is charged with fourth-degree criminal mischief in addition to the harassment rap.

The arrest is the latest legal problem for Aycock, whose abrasive customer relations earned him the nickname “Pizza Nazi” — a nod to Seinfeld’s “Soup Nazi.”

He was previously arrested in 2017 for cutting a hole in the wall of his old restaurant and stealing an oven. He was also busted for growing weed at his Rockaway home in 2016.

The guy must think he's Brando in Streetcar.

He also got kicked out of Riis Park too.

Unless this guy makes THE greatest pizza ever eaten why would anyone patronize this putz? And even then "no business for you"!

A good chunk of that industry is sketchy: they launder more than uniforms and clean more than dishes.

The Alice-In-Wonderland pols are going apesh*t over the bleeding in this one industry while they are oblivious to everything else going to the dogs.

Oh it must have been true love- Whitney has DV conviction in another state & is a deadbeat dad.
Too bad his girlfriends couldn’t do a background check on him.
Right behind him is an unlicensed bar that blasts music every night. Good location for all of his products.

No is not. Is called inflation, higher taxes and insane fines.

If you want good pizza, drive across the Throgs Neck or Whitestone bridge and go to Louie & Ernie's in Schuylerville, Bronx! You won't go wrong with them!


"Have you seen the cost of low moisture Mozzarella cheese, holy shit!
These pizza joints these days keep so many different kinds of pizza, died up pre-cooked pies under the counter, everything is reheated and its absolutely horrible SUCKS.
Its also often hopped up on salt & spices to appease all the Hispanics.
Pizza (in most cases) is nothing like the quality we had in the 1960s & 70s. You need to drive miles and deal with parking to get anything close to good.

I make my own from scratch on a stone roofing slate. Use Fleishmann's yeast, Gold Medal flour, Pope or Hunts tomato puree with some oregano.
Forget the so called "pizza sauce" sold in the glass jars
Yes, Louie & Ernie's in Schuylerville is very good!

I forgot, Its actually National Pizza day today !!
Louie & Ernie's in Schuylerville, yes great family owned place!!
During summer you can order then go through the back door outside and sit at the white clean metal tables and the girl brings it out to you.
Talk and sip the Grappa, Sambuca & good wine with the local Italian contractors from City Island during summer too!!

Moe said...
@Gino said... Can't go wrong making it from scratch.
Heats up the house in the winter time too !