Community Boards overwhelmingly against "Planning Together" 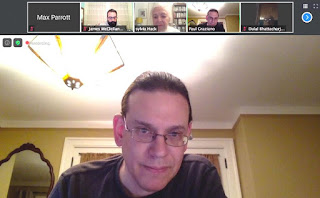 Graziano, a zoning specialist and staunch opponent of the ambitious land use legislation created by Council Speaker Corey Johnson (D-Manhattan), presented at a special meeting of the board’s Executive and Land Use committees.

Graziano has been making the rounds of community boards arguing against the plan. So far boards 8, 11 and 13 have all voted against the proposal. On Tuesday, CB 9 nearly unanimously joined the group of boards opposing the bill.

Hey folks, because Corey Johnson cares so much about the voices of People of Color, he scheduled his hearing on this bill the same day as the Special Election for Council District 31! What a guy! Here's the letter of oppositiont that CB8 sent to the Speaker. It's a doozy!

Posted by Queens Crapper at 1:16 PM

Four community boards out of fourteen. Not even 30% - so let's guess that the legislation will pass and these boards are exempt in some squirrely fashion - say an extra approval is needed at borough hall for them or the like.

A few 'trusted' politicians show up and say 'it's ok' to everyone who will want to be polite and eager for some ice cream thrown in ... and then next year when everyone who has the memory of a guppy is asleep a bill will go through innocently letting development continue in the formerly exempt areas through arcane language that no one will explain.

This will only work if you replace everyone in office.

This will only work if you replace everyone in office.

This will not happen - as everyone is always so timid and polite around them.

"Timid and polite around them" Yes Vote/kick them out !
I see the Sheeple voters kissing political ass at the Civic meetings !
Makes me sick knowing they work for us.

It's only 4 community boards currently because the rounds just started. But every one that has listened to the presentation has announced opposition to it.

Queens Civic Congress has their big event which they look forward to - it's a brunch with ..... (drums please) the very people behind this development!

Why don't they get out of their little cacoon and bring in someone successful at this from ...
(drums please) outside Queens. (smash cymbals)

This has never been successful just with local talent.

Four community boards out of fourteen. Not even 30% - so let's guess that the legislation will pass and these boards are exempt in some squirrely fashion - say an extra approval is needed at borough hall for them or the like.


If you'd been paying attention to what's going on, you'd understand that *every* Community Board in the entire borough - and in the city - that's heard about this bill is unanimously opposing it. In less than a month, CBs 7, 8, 9, 11, 12 & 13 have all officially voted against it, and written letters and resolutions that can only be described as remarkably HARSH against Corey Johnson and his minions. There will be more in the coming weeks - citywide.

This whole thing has happened very fast and the response from the civics, community boards and public has been even faster to try and stop this disaster from becoming law. Feel free to testify on Tuesday at the hearing instead of griping (incorrectly) about nobody doing anything.

Come on guys, have seen this story over and over again.

"Queens Saved!" with a local pol and activists all beaming.

Then it's business as usual. Everyone with BIG SMILES at the next QCC Holiday Fete with the electeds.

Sorry, you did not post the suggestion a supporter of Lynn Elsworth sent to you - she has a fabulous track record and actually listed the elected officials directly on her petition (you would be surprised who is from Queens in on the list) and who are getting off the hook as everyone is tilting at community boards that are mostly appointed by ...

the elected officials from Queens behind this.

So go ahead and feel good going after the boards. Let's invite the electeds to the next QCC holiday fete.

I mean if there's one person I think has their head on right AFA preserving the best parts of Queens the way they are, it's Paul.