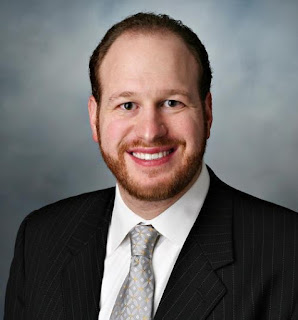 A city councilman wants to take the politics out of locating homeless shelters by having an independent commission decide where new ones should be built.

“This isn’t happening just in one neighborhood, but it’s happening all across the city,” Councilman David Greenfield told the Daily News. “I think it will be a lot easier to get done than the way we have to get it done right now, which is piecemeal.”

Greenfield will introduce a bill Thursday to create a 15-member commission, made up of 5 appointees from the mayor, 5 from the City Council speaker, and one by each of the 5 borough presidents. The commission — which would have to be approved by voters at a referendum — was inspired by the independent board that determines which military bases face closure, another political can of worms.

“It’s an ambitious solution for what is essentially a political problem, where the politics of placing homeless shelters prevents them from getting built and we’re always playing catch up,” Greenfield said.
Posted by Queens Crapper at 8:22 AM

"A 15-member commission, made up of 5 appointees from the mayor, 5 from the City Council speaker, and one by each of the 5 borough presidents."

AND how does THIS take the politics out of it. Nothing independent here at all. Another wasted commission, so I guess the problem will never be solved since the political game always tends to be studies, commissions, etc and the problem never is solved but actually more exacerbated so as to create even more commissions and studies.

"Greenfield will introduce a bill Thursday to create a 15-member commission, made up of 5 appointees from the mayor, 5 from the City Council speaker, and one by each of the 5 borough presidents. "

Army bases bring economic benefits and a sense of pride. That's why people fight to keep them. No one wants a homeless shelter in their neighborhood.

This is suppose to add some credibility and transparency to the Mayor's abominable 90 shelter. Funny how this wasn't assembled months ago or even this idea was considered when De Faustio announced his shelter plan, since then 4 new shelters opened in Crown Heights and in the Bronx. So any credibility around this, and who knows what other neighborhoods have been chosen since then.

Of course this forum will take the usual time allotted to find the best and the brightest, which will certainly take forever, that way new shelters will pop up regardless, although maybe not, since the majority of electeds are already in the pockets of the donors of these non-profit poverty profiteers.

Government waste at its finest hour.

Rather than look to find the true root cause of the excessive homeless population, they look to create another unelected, unaccountable, money wasting bureaucracy to claim that the problem has been addressed.

Building more shelters will only exacerbate the situation, once a shelter owner has a phenomenal income stream, why would he want to eliminate a never ending ""Golden Goose"??

When one has vermin in their dwellings, the first thing any good exterminator will tell you, is to clean up and eliminate their food source.

What incentives would there be to end such a wonderfully legal money laundering scheme?

Government pays shelter operators.
Shelter operators donate to the politicians.
Politicians create and perpetuate policies and programs to increase the homeless population.
The cycle goes on and on and on.....
And We the People pay for this theft of our hard earned moneys and property!

As Ronald Wilson Reagan said time and time again,
No government ever voluntarily reduces itself in size. Government programs, once launched, never disappear. Actually, a government bureau is the nearest thing to eternal life we'll ever see on this earth!

Learn history or be dammed to repeat it!

For the elected officials who are incapable of having a logically analyzed corrective action plan, it seems to be all politicians, I will provide a simple first step.

Stop giving away our hard earned moneys to the useless leeches, sloths, slackers and addicts that chooses to come here for FREE CRAP!!!

And they'll give their friends jobs on the commission. You bet!

It will be just as "independent" as the Board of Standards and Appeals (BSA) is "independent" when it approves zoning variances developers apply for.

More dopes getting paid with our Tax Dollars to create more chaos in this city. All they're going to do is what the rest of the NYC Commissions do - eat lunch and BS about whats happening and what needs to be done with nothing getting accomplished except post-meal burps and farts.
Another waste of tax dollars.
The solution to homelessness is Mental Health Aide, JOBS !!!, and affordable transportation. lower utilities Hello "CON" Ed - no one can afford the cost of utilities on the peanuts people are paid.
All the white collar corporations are hiring younger people at lower wages, wages that do not befit the cost-of-living in this city. Even with the Gov's increase in minimum wage it is impossible to save a dime.

How about they make a minimal residency requirement, such as one year, before people are eliglble to claim homeless benefits in NYC? Now, we have people flocking to NYC from all over to sponge off NYC taxpayers. We do NOT have an obligation to make sure anyone who claims to need housing gets it. That's why we find ourselves having homeless shelters multiply like bed bugs all over. And I don't see any end in sight. Why should we, with the astronomical taxes we already pay, have to support the do-nothings of the entire country, PLUS illegals? Couple this with the commie mayor and head of city council wanting to raise taxes MORE to support their darling thugs and illegals, and it's quite obvious why wealthy people, who own the businesses that CREATE JOBS, are moving out. The tax base will be whittled down to the vanishing middle class. And then ALL of NYC will turn into one giant homeless shelter.

multiply like bed bugs all over. And I don't see any end in sight. Why should we, with the astronomical taxes we already pay, have to support the do-nothings of the entire country, PLUS illegals?

because they vote for Democrats!

This lame-brain, self-serving council member is obviously looking for the black, Hispanic, and illegal vote. Go away!

Homeless shelters are a band-aid for homelessness. Homes are needed. Congregating people in institutional "supported living" arrangements is illegal when there are disability diagnoses involved; it's bad mojo in any event (slums?)

I want an answer from the developers and politicians: if something is not ok in your neighborhood, why is it ok in mine? Property's cheaper? There's a reason for that: all the shelters, drop-in centers, treatment programs, and supported industrial (we have M3-1 across the street from Residential zones, and, for example, four private residences in the middle of a block of car repair facilities...

Apparently, lying, cheating and stealing are what this decrepit cockroach of a mayor does best. There IS no transparency from THIS, the worst administration in City Hall's crooked-and-corrupt history! He deserves a jail cell for his arrogance, dereliction of public duty and willful misconduct.

There are 300 SERIOUSLY DELINQUENT matters that my neighborhood needs action and remedy with, dating back to another crooked autocrat, Michael Bloomberg (the second worst mayoral failure). Despite repeated calls to the mayor's office, not to mention e-mails and every other way humanly possible to communicate, all I get is more or the same: Delay, Deny——And, Hope That You Die (except if your are from R-E-B-N-Y——see? it even rhymes)!

Anyone who votes for this shithead in the primary (when he should have already been impeached in 2014), deserves to be lobotomized). Take a chance on the devil whom we haven't elected yet: Sal Albanese. As a former cop, at least he knows how to work for a living by using his mind AND his hands——versus, dumb Blasio and his useless, filthy hands of never ending corruption, graft and greed, all of which are now OPENLY PRACTICED——and, the public be damned!

> We do NOT have an obligation to make sure anyone who claims to need housing gets it.

Don't like it? Either appeal the court ruling, vote for politicians who will legislate to remove this burden from us, or vote for the Constitutional Convention and elect delegates who will revise Article XVII.