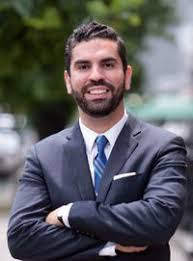 The City Council voted Wednesday in support of a measure to establish an official Nightlife Advisory Panel and Office of Nightlife, which will reach out to the city's clubs and entertainment venues in hopes of reducing regulation on small operators.

The board will consist of representatives from the Council and the mayor's office with ties to the industry, and will deliver a host of policy recommendations within 18 months. The office will seek to monitor trends and changes within the field and make appropriate suggestions to City Hall. Mayor Bill de Blasio supports the measure.

Brooklyn Councilman Rafael Espinal, who sponsored the bill, described it as a way of giving underground venues and small-dollar local establishments a chance against larger businesses.

Espinal said he hopes to turn next to repealing the city's cabaret license statutes, which forbid establishments to obtain special permits in order to allow dancing.
Posted by Queens Crapper at 12:47 AM

Why didn't these idiots just repeal the stupid cabaret law that caused niteclubs, mostly strip joints, to lose business. But no, let's create a moronic bogus position that only concerns and benefits tourists, transients and obnoxious alcoholic and fortunate wealthy hipshits.

This is basically like the public advocate, a position with no true influence or ability to foster change and just as useless. It only figures that this and the 90 day panel to search for statues and emblems associated with sordid historic bigotry would close the first term of the De Fausto administration

I wonder what this will mean for the other towns that this neutered weasel Espinal represents. Oh look he's in the East New York district, which is about to get swallowed by the Gentrification Industrial Complex with De Faustio's mandatory inclusionary zoning program. And Crown Heights, where the community is battling a repulsive twat who is running a bar luncheonette with bullet holes on a wall so she can exploit a horrible era of that towns history for tacky aesthetic values.

A major part of NYC tourism with a ton of impact on neighborhoods. Great idea to dedicate resources to it.

Does no one read or know the Constitution of these United States?

The Fourteenth Amendment to the United States Constitution provides "the equal protection of the laws".

We as a Constitutional Representative Republic should apply laws equally regardless of race, creed, colour, one or more of the endless gender options, or socioeconomic class!

It is banana republics and communistic dictatorships where laws are applied in a haphazard, vindictive, and self serving manner.

This should not be surprising coming from the mayor whose life actions are quite suspect.
De Blasio made a trip to Nicaragua and he grew to admire the Soviet-backed socialist Sandinista government.

Upon his return, he joined the Nicaragua Solidarity Movement of Greater New York, which had a goal to "end capitalism, replace with democratic socialism." And we know from Vladimir Lenin who said that the only purpose for democratic socialism is to institute communism!

Comrade De Blasio’s class warfare strategy in New York City is directly out of the Karl's Marxist playbook. Now we know why.

I am quite curious what the REBNY puppet masters have to say of this?

Perhaps this is another ruse for the dope smoking hipsters to get out the vote.

I think some favors were owed and the easiest way is to create new useless jobs, destroying your neighborhoods, that YOU THE TAXPAYERS are funding...

Good. Let them come to the 164th Street whore house red light district near the Broadway LIRR station.
Yummy! Scantily dressed "Hostesses".
Was in one club.Could have scored for the right price.

I wish DeLousio would stop spending our tax dollars are useless crap. Just repeal the
law that caused us to loose so many good places to go to to see bands. This city sux ! It sux to live here and it sucking tax dollars into useless ventures that no one cares about. Bring back the job market and all the major companies we've lost along with our jobs. Police the "massage parlors" and get rid of the riff raff. Stop over building inour communities - if there is not enough housing for another million jerks then they should get the int and find other places to move to before we die of population suffocation.

ANOTHER LAYER OF BEAURACRACY!

ENY and Brownsville wil never comeback. Too many processes,too much crime and too far from Manhattan.

Because the city want's to create new regulations, laws, fee's and be your "partner" in every aspect of your business like in Cuba and Russia.
It a friendly sounding gimmick get more control.

Repealing the cabaret law is 100 years overdue, but why do we need a commission for it? The City Council could have just passed a repeal instead of creating this commission.

The cabaret laws were being used to kill fun back when I was a teenager in Giuliani time. Why is it taking to long to be rid of it?