Rory has an opponent 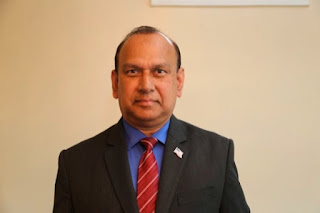 Rahman, who worked as a supervisor in the city Department Of Social Services for 21 years before retiring in March, said he was inspired to run amid growing concerns about how the Trump administration’s policies toward Muslims will affect New Yorkers.

“New York has one of the largest Muslim communities in the nation, yet there are no elected Muslim officials in the City Council,” Rahman said. “As a result, we see not only a growing distrust of ordinary Muslim citizens, but also a huge disparity in how Council discretionary funds are distributed.”

Rahman said his campaign is part of a growing trend of South Asian-American candidates running for city office, a reflection of the community’s increasing population and influence. The city’s Bengali population has doubled to 100,000 since the 2010 census, Rahman said, and it’s time for new voices to be heard.

“Muslims are slowly being squeezed out of the mainstream by discriminatory practices and attitudes,” he said. “The best way to combat this is to normalize relationships between all of our communities, and integrate Muslims into our system of representative democracy.”

Rahman said he has spent most of his life helping the community as a social worker and he believes he will provide better representation for the community if elected. He said he will be able to better distribute city funding and services and will make certain every community in District 24 gets its fair share.
Posted by Queens Crapper at 3:41 AM

Entitlement based on religion.
What a novel idea.

He cannot seem to get his facts straight. Council Member Daneek Miller is a Muslim. The Queens Chronicle reporter told him this last week. Perhaps this story is not current.

We need better representation than the Virginia Joe machine.

Yep, eventually the minorities figure out they don't need the white man to give them free stuff. They can do it for themselves.


Anyway, good for him all incumbents should be primaried

He's lucky to get 10% of the primary votes. Muslims do not vote, Jews in the area do.

since when do we vote someone in based on their religion? what an awful quote from him

So he's running on religious and cultural grounds, and has no interest in the good of the city, or the people as a whole.

The 3rd world is Joe Crowley living on his plantation.

Any new face might not be as plugged in to yesterday's news which pretty much describes the Borough of Queens.

And that's a good thing. I would vote for a yellow dog if it weren't Queens Machine.

This is how it starts...the camel putting its nose under the tent. Look at Mark-Viverito's blatant Puerto Rican lobbying efforts, which seemed to be the ONLY reason she was on the city council. Can't think of a single useful thing for the rest of us that she was involved in. We need this guy like we need a hole in the head.

The Queens machine is worse than the Nassau county gop

Now, regarding this latest excuse, Mohammed T. Rahman for taxation without representation to prevail (in perpetuity), they don't call it 'The Faith Business' for nothing! And, just like war——religion is also a global racket (among too many 'OTHER' lethal-and-legal rackets to name in this missive)!

❝Government is the Entertainment division of the military-industrial complex.❞ —Frank Zappa

❝To learn who rules over you, simply find out who you are not allowed to criticize.❞ —Voltaire

In the end, harsh reality is always better than false hope. And, hope is a tease that is designed to prevent us from facing reality.

Hard to imagine we could be doing anything more for these people than we already are. We take them in, make their holidays official citywide, let them use the streets as toilets and garbage dumps, and shut anyone who questions this up. After a few years they flee to the suburbs or out of state and we repeat the cycle.

He's Linda Sarsour with a less masculine jawline. Shoot me.

'We' did not do this - the Democratic Machine did this. They need votes.

An other example of a religious freak.
In his home country if he opened his mouth would be kicked in the ass.
Here, he is the big champion of democracy, religion based election.
Scumbag. That's what he is.

WTF does Rory do anyway besides being a clubhouse lackey?

I'm as against Sharia Law as they come (F**K SHARIA LAW) but for god's sakes, make him wear a veil and a chaddor. Cover up that mug, will ya?

Let's think back... who blew up the World Trade Center?
Who are the people on killing sprees yelling Allu Akabar?

Yeah, I got a big attitude about you people 1. trying to kill me. 2. making me out to be evil because I do not want you to harm or kill me.

Clubhouse Lackey - you say that like it's a bad thing. Our Muslim brother wants his piece of the pie.

The Repuglicans used to run him