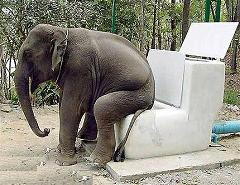 The homeless shelter, which DHS plans to open in 60 days, would lodge 110 families or 220 people. The shelter would be restricted to people over 18, so if there is a parent with a child it would have to be an adult child. In the meeting, the DHS stated that the residents would be homeless people whose last address was within the confines of Community Board 5.

[CB5 Chairman Vincent] Arcuri mentioned that the DHS said there is a model that would incorporate senior housing and a homeless shelter. If the community can find a place where the DHS can put that model, the residency would be dropped down to 35 families or 70 people, if combined.

Ok so we already know that the first part is a lie. Now how about the second part? Is there a need to shelter 110 families or only 35? Why the hell would we want our grandparents housed alongside drug addicts and mentally unstable people?

More fauxgressive B.S. from Lincoln Restler and the de Blasio administration.
Posted by Queens Crapper at 12:15 AM

Guys, send the shelter over to LIC - Dutch Kills. We already know that Costa is involved in his shady deals with THAT crowd, and Van Bramer, well, there is another story.

And since there is no civics to speak of in that part of Queens, they should get what they all deserve. Maybe THAT would be enough to wake them up but we doubt it.

Perhaps the older residents could mentor and teach the younger residents from their lifelong wisdom?

However if they had any real knowledge whatsoever, they would not be spending their last days in a government run homeless shelter.

These poor old people will just be victims of the young super predators they will be living with.

Say what you want about vallone, but at least he stopped the proposed homeless shelter in Bayside real quick. This administration is painfully stupid, if they get reelected I'm leaving this city once and for all.

So that's what Moby Stashitsky looks like without makeup.

"This administration is painfully stupid, if they get reelected I'm leaving this city once and for all."

That's increasingly how I feel.

Anon 1 - No thanks. We already have Verve and we all know what a shit show that is. Plus there's plenty more hotels around here that they are eying for shelter conversion.

What we really need to do is open homeless shelters across from city hall, on the upper east side, in hudson yards, dumbo, etc.

If ever boro needs it's own trash transfer station, we should view shelters in the same way. No one should be exempt just because real estate values are high.

Have you peaked inside the typical elderly's medicine cabinet lately? Benzos and opiates up the wazoo. Most of them are drug addicts too.