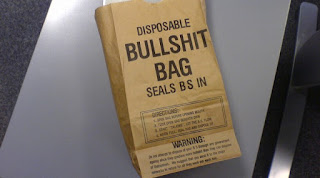 The story from the DHS has changed from "243 residents of Maspeth" are in shelters, to "243 residents of Community Board 5" are in shelters. Why the city feels the need to require shelter placement based on made-up political boundaries is a good question. Regardless, the DHS' numbers still don't add up. They say that CB5 doesn't have a shelter and needs to do its fair share, however, another 110-room shelter in CB5 is not necessary at all. Why?

Most of the homeless from CB5 are members of families with children. Each family needs one room. CB5 produced 54 homeless families in 2014. Crunching the numbers it appears that 1 existing location could just about house every homeless family produced by not one, but FOUR community boards in western Queens.

Moving on to couples:

Once again, the 1 couple from Maspeth and 3 couples from Ridgewood could fit into a 4-family house. The city owns one on Flushing Avenue that it wishes to keep in dilapidated condition instead of putting to productive use.  Using the criteria above, the homeless couples without children produced by CB1, CB2, CB4 & CB5 amounts to 30.  The city is proposing a 110-room shelter for couples at the Maspeth Holiday Inn which is way more rooms than western Queens needs to house the homeless couples we crank out.

34 singles from CB5 doubled up in rooms means that in actuality, only 17 rooms are required in the district. Spread them out across the neighborhoods and that doesn't seem to be a big deal. I suggest using AirBnB to accomplish this (tee hee).

Please do not believe the DHS' dazzling lines of bullshit. They want hardworking taxpayers of Queens to pay for freeloaders from out of town. Let them do what every other municipality seems to be doing - put them on a bus to somewhere else, preferably where they came from in the first place. The burden of sheltering the entire country should not fall on NYC taxpayers because fauxgressives want to perpetuate the dependency culture that keeps them elected for life.
Posted by Queens Crapper at 12:54 AM

Deblasio is just sending in people from areas that traditionally vote for the Democratic party to colonize these parts of Queens, show Hillary what you think about her associate and 2000 campaign manager and his policies this November

Thank you Crapper for going into the kind of detail that all the media should be doing about this made up homeless crisis in NYC. Even if 60,000 was a true number (which we all know it is not), it is still less than 1% of the population and that certainly does not make it a crisis. And where are all the big mouth liberals, who should be voicing their concerns on this whole warehousing of human beings, I have not heard a peep. I mean, really, sticking all kind of homeless (families, veterans, kids, criminals, drug addicts, sex predators, etc, all together into hotels, which are not designed for long term use). I mean this is criminal and a throwback to Dickens. Plus the deterioration of communities when these shelters are dumped into communities without proper security and proper services.

This is a major travesty that only Queens Crap seems to be reporting truthfully and realistically.

I mean come on, you really think all of these hotels put into Queens are for the surges of tourists who come to NYC and want to stay in the crappy sections of Queens in isolated areas. I mean who is selling this bill of goods and why isn't anyone in power with integrity standing up. The tax payers and American people have not been duped like this since the "single bullet" theory.

This also proves that deBlasio is far from a "progressive liberal" and that NYC is as corrupt as can be. But then this is what happens when there is no "checks and balances" when one party (either Dems or Republicans) is completely in charge as in NYC.

If you build it, they will come.

Once they are in a particular community's shelter, POOF - they are from that community...

NYC has just shy of 60,000 homeless. There are about 560,000 homeless in America according to a recent HUD survey (taken in the dead of winter, when enough of the population seeks shelter to get an accurate count).

That means 10.7% homeless people is crowded into NYC - the second most expensive real estate market on a tiny coastal island city in this vast expanse of the United States, which houses about 2.6% of the nation's population, including significant illegal aliens.

These people mean to tell us the only way to address this problem is to build more shelters here? That this situation just unfolded naturally? This is lunacy.

Is there really a need for all this ? The Bellerose motel, used to be a quality inn and now these shipped in people are degrading the area around the hotel and Jamaica/Jericho tpke.

I wonder about the new hotels going up in Fresh Meadows. Are tourists flocking to Fresh Meadows, or is there a hidden agenda at work?

I suggest using AirBnB to accomplish this (tee hee).

So typical and pathetic that they are now referring these homeless as CB5 residents to legitimize their lie. Bringing doublespeak to a new level. But they like reframing and controlling the narrative.

Yet another scandal for Preet and his staff to dig into. He better hurry up if these threatening rumours are true about his dismissal if Manifest Hillary wins. Which is certain because Mayor Big Slow Pussy is a cog in the Clinton Global Initiative.

Did you her that?

That's what I thought.

What you are not hearing is our Borough President Melinda Katz making a statement on the Maspeth shelter.

Look at Germany, France, Scandanavia...they are shipping in refugees and they are tearing up the place. Think that can't happen here?

Organized Crime Bosses and they don't even hide it.

Organized crime bosses do not answer to the populace.
What goes around comes around.

The Manhattan hotel industry is upset with the competition of the lower-priced Queens hotel, so DiBlasio is helping them out by converting all the Queens hotels to shelters and, of course getting all the homeless out of Manhattan and moving them into Queens. Squeezing families into hotel rooms without kitchens and without transitional programs is not helping them; the city is just dumping them elsewhere.

> "Each family needs one room."

Is this a typo? I can't imagine fitting entire families into single rooms.

; the city is just dumping them elsewhere.


WAKE UP QUEENS AND STOP BEING DOORMATS FOR THE POLS - THEY DONT DO THIS CRAP IN BKLYN OR NY AND EVEN THE BRONX IS WAKING UP.

WHAT IS GOOD FOR THE QUEENS COUNTY MACHINE IS FINALLY BECOMING CLEAR IS NOT GOOD FOR THE BORO OR PEOPLE OF QUEENS.

SURE THOSE SHELTERS HAVE POTENTIAL DEMOCRATS AND GIVE LOTS OF DEMOCRATS JOBS TAKING CARE OF THEM.

BUT IT DOES NOTHING FOR THE REST OF US. ITS VIRGINIA JOE CROWLEY'S FAULT.

"Is this a typo? I can't imagine fitting entire families into single rooms."

Not a typo. This is exactly what DHS is doing right now.

"Each family needs one room."

Holy shit. I like to meet the family of the guy or woman who wrote that incriminating copy.

WeWork is a big contributor to the one new york campaign and was able to get choice property and tax breaks to lay their sharing econo shit in goddamn brooklyn.

Is there any way to check rhe balance in de blahsio's offshore accounts?