Toby has some interesting campaign donors 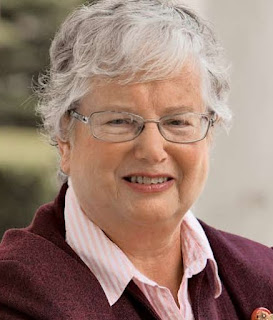 Queens State Senator Toby Stavisky—the ranking member of the Committee on Higher Education—has raked in tens of thousands of dollars in donations from for-profit colleges, one of tied to a bribery scandal that took down an assemblyman from her home borough in 2009.

Stavisky has taken more than $23,000 in contributions from Forest Hills’ Plaza College, its owners and its affiliates since 2002—$18,500 of it since federal agents arrested the late Assemblyman Anthony Seminerio on corruption charges related to the school in 2008. One of the affiliates that gave to Stavisky, Collegiate Management Associates—which U.S. Attorney Preet Bharara labeled a “shell company”—served as a conduit for Plaza College provost Charles Callahan III to funnel $170,350 in bribes to Seminerio in exchange for legislation favorable to the for-profit institution.

Bharara’s criminal complaint against Seminerio also alleged the assemblyman unsuccessfully sought to get Callahan III appointed to the state Board of Regents, which controls New York’s public schools, and assisted him in navigating various agencies.

Collegiate Management Associates gave Stavisky $1,000 in August 2014. She took another grand from the college itself that October, $1,000 again in 2015, and reported taking the same amount from the school in her filings last month.
Posted by Queens Crapper at 6:44 AM

The biggest waste of a politician if there ever was one. She and her son AND Claire Schulman belong in jail!

Man, there should be a warning picture is not recommended before breakfast.

Nothing new here...Organizations donate to incumbents, rarely to challengers.

Come on, ya gotta give Moby more than $1,000 to get anything done. That's chump change for her and Evan.

Can we avoid posting pictures of the whale? so many people read this blog in the morning while having breakfast, and now my appetite is gone. lol

Who IS that man in the photo?

Whatever happened to honest, ethical, inclusionary, not for sale leadership (that leads by example)? Anyone??

Obsessive Compulsive Disorder, or OCD, is a form of mental illness, and all politicians are addicted to an affliction like this for which there is no cure. Oddly enough, they know that what they are foisting upon a disapproving, angry and fed up constituency is consummately wrong, but as long as they are exalted without serious consequences of paying the price (and they never do), then nothing will ever change.

Case in point: Despite US Attorney Preet Bharara's work that led to two of the three Albany King's indictment, arrest and prosecution, neither Sheldon Silver or Dean Skelos (and son, Adam) are behind bars yet. Why not?? What's the delay??

And, that's why everything else in society is crumbling, when the lawmakers themselves flout and disregard the law---for heinous, grand larcenous crimes, no less!

Finally, there is the matter of the last Albany King, Andrew Cuomo, whose endless loop of corruption, graft and greed is now 'OPENLY PRACTICED' and without consequence. I rest my case!

All politicians are sworn in by a public oath of office, to whom not a single one has ever shown any obedience, much less honor, ethics, integrity and compliance.

And, this is what always keeps churning out of the two-party-machine-failed system that continues to create the 'illusion of choice,' instead of what it really is: a rigged system of total fail. Each year, continual low voter turnout sets a new precedent--and, this is the reason why!

Moby looks like the nun from 45 years ago who used to like to hit us with a ruler...

Of course! The Jews of Forest Hills support a Jewess.
Her days as a senator are numbered. An Asian will win her seat in the next election.
She won by a thread the last time.
The Stavisky dynasty has ruled since the 1960s. Isn't it time that these hogs leave their lucrative trough?
Miss Piggy...go find a real job. Hmmm...what about the Stavisky's North Flushing Senior Center?
Calling the FBI's wunderkind Preet. Scope that organization good.

Moby Stavisky is holding some meeting at the library.
Her staff is actually calling people to attend.
I guess she's got to fill the room.
Start practicing your swan song Moby.
Wallpapering the house, as it's known in the trade, does not guarantee a theatrical success.

Flush that over ripe prune.
And what about that funny North Flushng Senior Center , long associated with the Stavisky mob?
Before that ,it was the North Flushing Swim Club, now defunct.
That was a longtime Stavisky stronghold too.
Since the mid 1960s, this political mob family has been running their business.
Something stinks! Follow your nose. Follow the money trail!
Question the son, Evan Stavisky. That wimp will squeal under pressure. He's got a hair trigger temper....
the patience of an adolescent in heat!