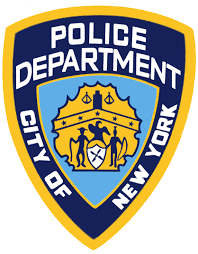 Murders and rapes were up slightly in July while overall major crime continued its downward trend this year, officials said Thursday.

There were 33 homicides compared to 31 last July and 149 rapes compared with 147 in 2015, according to numbers released by the NYPD.

Overall, major crime was down about 1 percent this year with 511 fewer incidents through the end of July compared with 2015, Mayor Bill de Blasio said.

(Or someone is cooking the books.)
Posted by Queens Crapper at 12:56 AM

Every index crime report is scrutinized , putting it mildly......or the report isn't taken at all.....

Exactly Right Mr Mayor crime is down because as a police officer I refuse to arrest any minority for any crime because I love my family and job and I get paid the same no matter how many arrest I make,
I have had The Talk with my wife and kids and we agree,let the people police themselves as I continue to cash my check and sleep peacefully knowing I'm not getting shot by those You Mr Mayor have sided with.
RED LIGHT MAKE A RIGHT GO HOME ALIVE TONIGHT.

So we need more Syrian refugees???

The mayor and commissioner are lying! Ever since the mayor and council decriminalized a whole list of crimes, the NYPD has pushed back on making arrests. And they may be doing it to get back at the mayor who has disrespected their contracts. This is why the year on year comparisons are bogus!

Except for areas like Corona, or Jackson Heights. The drugs keep flowing along with the prostitution and smuggling of illegal immigrants. This is all thanks to our assinine leaders Diblassio, Viverito and Ferreiras!@

Strange how the city always announces crime is going down when for the last 20 years I can speak of, every C.O./X.O. I knew was always wailing about getting beat up at compstat because some index crime or another went up. Somebody is lying but who is and which is the lie. We'll never know....

Anyway, the numbers compstat churns out masquerading as statistics are meaningless garbage based only on a simple percent change formula- no baseline numbers computed, no standard of deviation/error bars defined to actually determine if there's a trend, or curve smoothing to eliminate artifacts and noise, no concept of datasets or P-values. A fourth grade kid could produce this.

Anonymous post#1: " Anonymous said...
Every index crime report is scrutinized , putting it mildly......or the report isn't taken at all....."

Every index crime is scrutinized but if all else fails due to malcontents (as the bosses would see it- they consider taking some felony reports as a personal attack against them) "not being on the C.O.'s team" there's always the shredder up in the crime analysis office and voiding a UF-61 on omniform.

B.S.
If you want to believed the NYPD's propaganda.
They play with crime stats like it's a simple game of checkers.
The stats in northeast Queens have been downplayed so as not to affect its high real estate values.