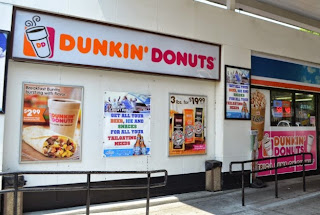 The consumer market for national retailers is expanding faster in “The World’s Borough” over anywhere else in the city as a new report showed national brands have opened more new locations in Queens during the year.

Dunkin’ Donuts, 7-Eleven and T-Mobile were among retailers that added the most new branches in the borough, and the number of national chain retail locations in Queens increased 6.4 percent to 1,770 stores this year from 1,663 in 2013, according to the Center for an Urban Future’s State of the Chains.

While Manhattan still has more than 1,000 more national chain locations than Queens, Manhattan only added .4 percent or 10 new locations. Brooklyn, which has 1,593 chain stores, saw a 3.4 percent gain, and the Bronx added 4.2 percent. Staten Island is the only borough that didn’t see an increase.

T-Mobile, which had the most new locations in Queens, added 17 new outlets to bring their total in the borough to 55, followed by CVS, which opened 14 new locations to expand to a total of 48 stores. Dunkin’ Donuts, which added seven stores, still tops the list in total locations in Queens with 161 stores.
Posted by Queens Crapper at 12:25 AM

this is the new urban blight.

the awful truth about these chains is that they are not cheap anymore and the food is terrible,especially at 7-11.And the only way you can save at cvs(and duane reade and rite aid)is if you have a member card,which is not only discriminatory but a risk given the fact with all the hacking of big box and retail stores club accounts.

I can see why the percentage went down in manhattan,there may be no where else to put these chains,since they glommed all the space left by long time businesses,big and small who were forced out by increasing rents.and now high end stores and even restaraunts,fashion designers are turning chain.there is a cipriani's downtown,another magnolia bakery in midtown.

and now it's happening in queens.the big example is that bakery by austin street that's being attacked by their greedy sloth of a landlord.and guess what's there,dunkin' fuckin donuts.

the whole city is turning into a wasteland theme park/food court.And our disgraced mayor made no effort to stem the shit tsunami.take cafe edison,even with all that media attention,he came too late,and now they're gone too.this man has no influence or importance.and he's as more of lackey to these enterprises as he was to building developers when he was public advocate>>>

Who says we love them? They're the only options!

I'm thinking of starting a FB page on which people can post pictures of fast food garbage.

Dunkin Donuts garbage accounts for the bulk of it in and around some of the eastern Queens parks.

These horrible chains should provide private garbage pails and haulers to clean the streets and parks!

Is this supposed to be good news. These chains are horrible and Dunkin Donuts the worst, so I don't get this, but then when you cram all of these chains down people's throats and take over mom and pop stores and flood neighborhoods, then people do not have much of a choice and then just pop in them for a quick bite.

As far as any jobs created, they are extremely low paying jobs and do not help anyone. Their food is awful and unhealthy and as the one person pointed out, they all are expensive. And let's not forget the awful customer service.

Queens gets the retail choices it deserves.

Yes, I hope the hackers don't attack CVS and find out I need a tube of Prep H once a month and I have bad breath.

we need chain stores because we need a place to employ all the third world trash that flood into this city, and they certainly don't have the education, or the capital, to run their own shops.

I rather have the chain stores than some Chinese-only bubble tea shop or filthy Asian bakery.

I agree with anonymous 11!!

a lot of people use debit and credit cards for their purchases with the club card to save money.

it happened with staples recently,and before that target.

Sure! Why not? Queens has no culture worth a damn....only a handful of great restaurants....people with taste up their ass and little wherewithal. Cheap fast food is an epicurean delight to them. That's where the third worlders can chow down. Archie Bunker and Dunkin Donuts...what a perfect summation.