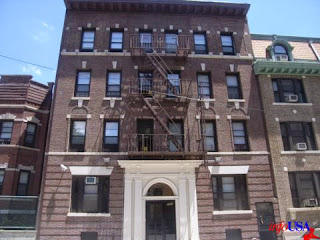 The Jamaica community board is asking the city to stop building homeless shelters in the area.

Ten out of 22 homeless shelters in Queens are located within Community Board 12, which includes Jamaica, Hollis, St. Albans and Springfield Gardens, according to the city’s Department of Homeless Services.

“We have more shelters than any community board in Queens county,” said Yvonne Reddick, the board's district manager.

The board recently passed a resolution requesting a moratorium on building or expanding homeless shelters in the area.

“The city’s practice of concentrating excessive numbers of homeless ... populations within Community Board 12, Queens has been pervasive for several years,” the resolution read.

The document also requests that the DHS adopt “a policy regarding the equitable distribution" of homeless shelters among all community districts in Queens.

Local City Councilman Daneek Miller said he supports the resolution and pointed out that some community boards in the borough don’t have any homeless shelters.

has eastern and southeastern queens become a leper colony for the exploding homeless population?

the crapper is right,and since I see about 40 homeless people a day in the city,there should be more shelters on the west side of manhattan,downtown brooklyn,williamsburgh and the wall street area.

thank god for all the scaffolding and cordoned off areas for cranes in the city or else queens would have all of the homeless dumped here.

Wow, finally some actual sense coming out of Jamaica. And Jamaica's homeless population is not as high as people assume, in fact it is pretty low compared to many other neighborhoods including Manhattan, Brooklyn and the Bronx. In fact Queens has the lowest homeless population of the five boroughs outside of Staten Island.

But happy to see Community Board 12 and a councilman stand up.

There's room in New York City for a million more homeless shelter beds. So let New York City be the magnet for the state's, the nation's, and even the world's homeless.

After all, isn't that the promise of the Statue of Liberty?

One nation with food, shelter, medical care, and education for all that NYC's taxpayers will pay for.

They are the community that produces most of the homeless. They should get the shelters.

Bloomberg caused this problem and these shelters are in houses that are right next to people who have lived in the area for decades. You can tell which houses are shelters because of the garbage, loud music and general comings and goings. They also build those ugly pepto bismol pink buildings with cheap materials. They just dumped these people in a middle class neighborhood. It's a nightmare in the summers. The last year of the Bloomberg administration you saw people get on buses with garbage bags with there clothes. Next came the bed bugs and roaches on the buses which I no long ride.