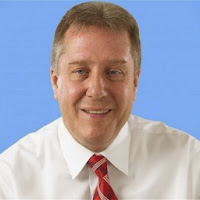 From an Op Ed by Danny Dromm:

When term limits was first instituted in the City Council people predicted the city would fall apart especially because we had just suffered the tragedy of 9/11. But that didn’t happen and the new City Council got us through the crisis.

Please bookmark this for when Danny runs for his third term (he's grandfathered in because of when he was originally elected).
Posted by Queens Crapper at 7:49 AM

It's a meaningless law. Here is what he says:
"Members currently serving on boards would not be affected by this legislation. Only new members elected after April 1, 2016 would be limited."
So no term limits to those now on boards.

But this is typical politician bullshit as the current members can stick around for decades - and 12 years, that is a lifetime in politics. Make it 4 two year terms.

Phase it in over the next 8 years, one quarter turnover until in 8 years, a new board.

ALSO, make sure that a person cannot come back - 8 years total in a lifetime.

Bend over Danny. Feel what we've all been feeling getting screwed by our CBs. Hmmmmm....Maybe you already know the feeling.

Whenever term limits comes up for him, it won't matter. There will be a "special" reason it doesn't apply to him at that time, even though he really thinks its a good idea.....
What a load of crap.

Will somebody please tell us WTF Dromm has accomplished during his stay in office?

"Feel what we've all been feeling getting screwed by our CBs"

Are you the same individual who complained that CBs do nothing?

Huh? I don't know WTF that last commenter is talking about. Do any of you?

it's a bad idea because there aren't enough people who want to be on the boards. we'd run out of them pretty quick.

what dromm has done is get a new pedestrian plaza created, one that the police then had to send extra patrols to because it became a center of lawbreaking. he also wrote the bill giving ID cards to illegal aliens so when they get caught breaking the law they can just get tickets instead of being arrested.