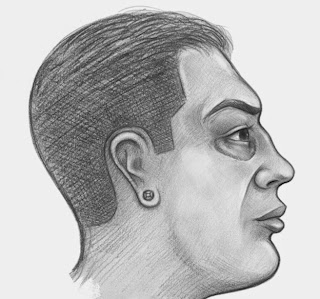 A man claiming to be a cab driver tried to sexually assault a woman in Elmhurst before attacking her young children who were also in the vehicle, police said.

The 26-year-old victim was picked up with her three children, ages 1, 3 and 5, by the suspect at 207th Street in Manhattan on Sunday, officials said. Stating that he was a cab driver, he agreed to drop them off at 79-00 Queens Blvd., the site of the former Pan American Hotel, which was recently converted into a homeless shelter.

After stopping behind the building at about 2:45 a.m., the driver attempted to sexually assault the victim while her children were still in the car, according to police. When the woman tried to get out of the vehicle, the suspect elbowed the 5-year-old in the head and forcibly removed the 3-year-old from the car before fleeing.


Update 8/29: The perp was apprehended, and is being charged with assault and endangering the welfare of a child.
Posted by Queens Crapper at 12:25 AM

That video looks more like a domestic violence incident than an attempted rape. Like they were arguing in the car and he was kicking her out. She seems to block the door when he was trying to remove the last child from the back and he didn't appear violent up until that point.

The description of this perp is that he was wearing a dark blue sweatsuit with white stripes but that doesn't appear to be what he's wearing in the video.

Those poor kids were tossed around like rag dolls.

Not sure he was a fake cabbie, can't see if he had TLC plates. The video doesn't seem to show a sex assault. How much is a cab ride from 207 St to the Pan Am? Close to $100?
Maybe she stiffed him.

This city is full of walking trash! Hope he gets life if they can't execute this piece of trash!

I don't know why you'd ask to be driven to a homeless shelter unless you lived there. And if you actually did have a job, why you'd spend a days pay getting back home.

Homeless or not an assault is an assault, period. That being said if she is from the Pan Am, what the hell is she doing taking an expensive cab ride and comming home at 2:45 AM with 3 small kids to a place that allegedly has a curfew?

Trash all around, the neighborhood is fucked.

The guy looks like Danny Dromm just trying to hand out a backback.

A real cabbie would demand the full fare or at least half the fare on a $50.00 trip like this.

This attempted sexual assault might just have been a fight over getting paid. She skipped and he was not giving up without a fight.

So much to not believe, the story has holes galore.

26 years old, with three children, living in a homeless shelter, yucking it up all night and gallivanting around in taxicabs. She'll not get any sympathy from me. Take her children away and let her sleep under a bridge - maybe that will wake her up.

As you might have already guessed: In 1994, Vargas was reportedly sentenced to 15 years to life on kidnapping and robbery charges. He was released on parole in 2012.

Shocking. Is that an old mugshot? Could he have grown a mustache that fast? Also, his eyebrows don't appear manicured as previously reported.

I was sympathetic until I read:
-3 children
-3am
-homeless shelter
-"fake" taxi driver
Heres what I really think:
-26 year old loose bitch
-3 kids she could care less about from 3 different fathers
-woman is a beggar who can be a chooser and chose to party
-"Fake" cab driver was actually her boyfriend who had a history of beating the children (under no protest from her, until now that is)
-fake cab driver story is fictitious and is coming from a person who has extensive experience with making fictitious accusations against men.

3 kids she could care less about from 3 different fathers kinda sums it up. With these 3rd world Hispanic country's mother's believe the child can only be as good as the father. If the father was no good the kid is no good.
The woman was a likely a prostitute "Pedro Vargas" was her pimp.
These driver pimps also run drugs and need the children to hide the packets on. Sad all this 3rd world shit is being rammed down our throats full speed 10X by the Obama administration on its big $$ corporate backers wanting cheap abundant pert time slave labor to avoid paying healthcare.
Its going to get much worse, all these professional leg spreaders have at least 3-4 kids that will repeat the process in 10 years. These people will never work a real honest job and pay taxes

Rape this guy with 2 foot dildo's on live national TV.

I doubt anyone will do this again.