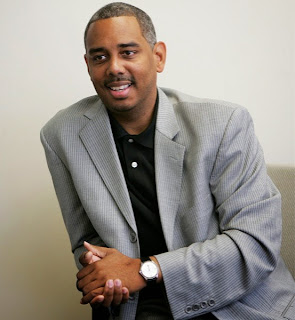 Although jail detainees are kept behind bars, City Councilman Ruben Wills (D-Jamaica) says their votes should not be.

Wills introduced a bill at last week’s Council meeting outlining a process for the city Department of Correction to administer absentee ballot applications ahead of elections, distribute them to eligible voters and then return their ballots to the city Board of Elections.

In New York, inmates convicted of misdemeanors and those awaiting judicial rulings on felony charges are eligible to vote. Close to 81 percent of those in the state prison system are detainees who have been charged but not convicted of crimes, and are therefore eligible to vote, according to the Brennan Center for Justice policy institute, at New York University’s School of Law.

“I encounter more constituents than I would like ... that if they were in Rikers or another jail, they didn’t know they could vote. I have had people come up to me and tell me their voter record is messed up and they were never locked up or they had a misdemeanor conviction,” Wills said.

Neither the BOE nor DOC responded to requests for comment on the bill and how voting currently works in city jails.
Posted by Queens Crapper at 12:02 AM

I'd like to see which candidates will go to Rikers Island to campaign for votes.

What Wills, afraid you eventually will not be able to vote, when you go to jail for stealing funds.

I will say there is no reason why those who have spent time in prison cannot vote, it makes no damn sense, although a council member will not be able to do anything about this, so why not focus on something you can do. Your district is one of the filthiest in Queens, so why not take action as a council member to handle that, which to this day he has not, in fact none of Jamaica's leaders have done anything regarding one of the worst quality of life issues in Jamaica.

I don't understand this man, he waste more times on other things except focusing on his horrible district. Take car of your district first, then focus on other pet projects.

Does this mean the Political Hacks will be permitted to campaign in jail? If so, get used to it maggot.

He just wants to make sure that he'll be able to vote when he winds up behind bars in a year or two...