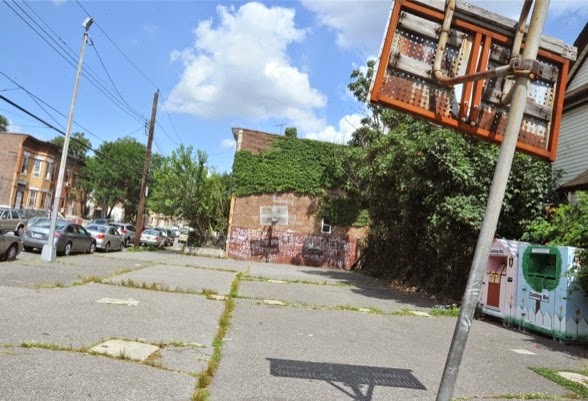 Jamaica may soon get a new much needed recreational public facility in a piece of land that was slated for an affordable housing project.

The asphalt lot, at the intersection of 164th Street and 107th Avenue, is empty and in bad shape. Grass is growing out of cracks in the pavement.

It is currently used by neighborhood kids to play basketball. It has two standing hoops, which are both bent, without nets.

The lot also has two clothing donation bins next to an adjacent house.

Led by a nearby church, community members and residents have expressed interest in transforming the parcel into a recreational space for the kids and young men of the area, which is close to the York College campus.

The city Department of Housing Preservation and Development owns the parcel plans and has planned for years to build the affordable housing unit.

According to an HPD spokesman, the city agency is “in the very early stages of moving forward” with that particular project.

But because of the economic downturn and the housing crisis, which severely affected southeast Queens neighborhoods, HPD was unable to get the financing needed to build the recreational center.

So now Jamaica doesn't need affordable housing? Shouldn't the city have made this project a priority instead of filling the coffers of homeless shelter charlatans?
Posted by Queens Crapper at 12:22 AM

Jamaica needs alot of work. I am surprised that houses over there are as expensive as they are to tell you the truth.

Thats because they are willing to cram them in with 2-3x the designed capacity, and thus the 'price per head' is low.