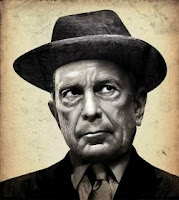 ...Hizzoner announced he expects to see nearly $2 billion cut from his final budget the next fiscal year. That amount comes out to about 3% of the total budget as a whole, meaning that these cuts are going to be deep and their impact on New Yorkers' lives even deeper. And the targets of this setback ring out this message even louder: in a rare occasion, the NYPD will be on the chopping block.

From the NY Magazine:

"I just spent roughly $600 million of my own money to try to stop the scourge of tobacco, and I'm looking for another cause," Bloomberg said, reminding everyone that he can literally burying people under his piles of money.

So why don't you fix what you messed up by betting all our money on taxi medallion sales that won't be happening, and donate your billions to the city instead of stopping people in Uganda from smoking and eating trans fats?

By the way, there's plenty of city money to gIve raises to Bloomberg's staffers...
Posted by Queens Crapper at 12:29 AM

And how many of those dollars have been or will continue to be provided (ad infinitum) to the billionaire carpetbagger surreptitiously and oh so unbeknownst to us through kickbacks and other under the table quid pro quos from all those lovely developers, contractors,publishers andcharter school operators we're so fond of. Actually, the ad infinitum part is just our little cut, as future taxes and fees will be levied in order to pay for the contracts which were let by the midget.Have fun paying up folks!

Hey, if you don't go after City Council for overriding your wishes and putting him here it will happen again....

That's what happens when dumb voters
allow a billionaire to buy their government.

Now sit back and take it in the ass 'til his term is over!.