How to get away with a sloppy demo 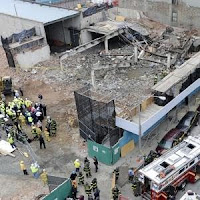 Demo “experts” know:
* How long it takes for complaints to result in inspections.
* What kind of “innocent inaccuracies” to fill out on forms to get special permits.
* How long they can get away with violating low-grade rules on things like noise and hours restrictions. (Hint: Often, as long as it takes.)

Shady contractors have the upper hand for two reasons:

One, they know the city doesn’t do effective enforcement on minor violations.

The Department of Buildings should pick up on what the NYPD has learned about the importance of getting serious about minor crimes. People who don’t respect “small” laws likely won’t respect the big laws that save lives, either.

That’s true of contractors, too. So, for instance, inspectors should revoke permits for work that can’t be done without violating the noise code.

To clean up the demolition industry, the city should also force contractors to be more productive in their use of city-owned land. Right now, demo crews exploit a valuable city resource — the public streets — with impunity.
Posted by Queens Crapper at 12:09 AM

Absolutley, positively right on the money!

I suggest evertime people call 311 with a complaint, write down the complaint number and ask the operator how long for enforcement. When the complaint is inevitably ignored, send that info to your City Council member and Boro Pres.

a few years ago i heard heavy equipment operated on my Bayside ,1-2 family ,tree-lined block.

a sold home was being demolished. there were no hazard fences or permits posted prior.

i called cpb11 and reported this. i was told that there was no home at that address?????

i told her that i was not going blind yet.

a day later they called to tell that there was a home there and no permits were issued.

too late,the house was demolished already.

the above 311 call would also be un-enforced in time.

No consequences. Have you read anything about the outcome of the investigation into the fatal collapse on Queens Blvd. at Tommy and Henry Huang's site. It happened in January 2011.

The City has not released an investigative report, AS YET. One has to wonder -- will they ever. No personal injury suits -- either. What is wrong with that picture.

Sad. What they did at that site since the project began is unbelievable. They undermined the FDNY firehouse -- twice? Damaged adjacent property owner's property.

Why don't the politicians say anything about this sort of stop.