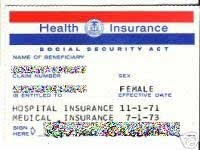 A vast network of Armenian gangsters and their associates used phantom health care clinics and other means to try to cheat Medicare out of $163 million, the largest fraud by one criminal enterprise in the program's history, U.S. authorities said Wednesday.

Federal prosecutors in New York and elsewhere charged 73 people. Most of the defendants were captured during raids Wednesday morning in New York City and Los Angeles, but there also were arrests in New Mexico, Georgia and Ohio.

Unlike other cases involving crooked medical clinics bribing people to sign up for unneeded treatments, the operation was "completely notional," Janice Fedarcyk, head of the FBI's New York office, said in a statement. "The whole doctor-patient interaction was a mirage."

The operation was under the protection of an Armenian crime boss, known in the former Soviet Union as a "vor," prosecutors said. The reputed boss, Armen Kazarian, was in custody in Los Angeles.

Bharara said it was the first time a vor — "the rough equivalent of a traditional godfather" — had been charged in a U.S. racketeering case.

Kazarian, 46, of Glendale, Calif., and two alleged ringleaders — Davit Mirzoyan, 34, also of Glendale, and Robert Terdjanian, 35, of Brooklyn — were named in an indictment charging racketeering conspiracy, bank fraud, money laundering and identity theft.
Posted by Queens Crapper at 12:38 AM

Russian classic A.S.PUSHKIN told for armenians.
armenian you are thiefs, cowards and slaves.

Keeping up with the Kazarians!!!

Doing jobs that lazy Americans are no longer willing to do!!!

You must have loved what the Turks did to the Armenians.

You must have loved what the Turks did to the Armenians.

That's some stretch of logic - because Pushkin wrote some "bad things" about Armenians, and "Ilham" mentions this, he therefore endorses the Turkish genocide?

Can we infer therefore that YOU love what these Armenians have done to the U.S. taxpayer?

P.S. if you support armenians, you are supporter of terror, gang and lie!

Too bad Washington didn't investigate fraud, waste and inefficiency in the health care industry before they passed a health care bill that nobody wanted. Perhaps if they did and saw how many billions were being wasted, they would have done things differently. Your tax dollars at work.

Eastern Euro-trash pulling scams??? I would have never guessed!!!

I can't until Comrade Ilham starts telling us the Gulags never existed, the Russians "liberated" Eastern Europe, and the Russians landed on the moon first!

Any asshole that denies the Armenian genocide happened should have his testicles put in a vice on national TV.

Then, maybe they'll wake the fuck up.

Sure they come here knowing they can easily game the system.

The United States should nuke Armenia. Go to Glendale and the San Fernando Valley. Follow any one of those heavy set Armenian wives that stink from Gorgio Red, watch her use her food stamps and then get her fat rump into the S-Class Benz with tinted windows. These are the households of the Armenian stink kings in Glendale. All armenian monkeys should be incarcerated and fed hummus until their heads explode.

What about the Armenian tellers in the banks in Glendale?
The source of my identity theft I'm sure. Do they sell the personal info to their friends and cousins or are they implants of the Armenian mafia?

Maybe these new arrests will also reveal all the Armenian welfare/food stamp fraud connected to all those criminals they are arresting for medicare fraud and identity theft. A good way to pay for economic stimulus plans to help us out of this recession - get busy cracking down on all the fraud.


Dec 2009 article:
"Cleaning up an estimated $60 billion a year in Medicare fraud will be key to President Barack Obama's proposed health care overhaul. HHS and DOJ have promised more money and manpower to fight the fraud."

Typical Armenians, commiting Medicare Fraud, Credit Card Fraud, Insurance Fraud, Welfare Fraud, ID Theft, Healthcare Fraud and other forms of fraud. Go to Los Angeles, New York, Boston, or Fresno, and I'd bet most Armenian owned businesses are involved in organized crime. I remember an Iraqi-Armenian mechanic named Kevork Kasabian ripped me off thousands of dollars when I got my truck fixed out in Arizona where i live. They are using their little so-called Genocide to defraud worldwide banks and continously commit fraud. The Armenian race is known to be self-centered, greedy, and cocky.

When will social security stop handing over our cash to these armos? They have not earned it .they do not deserve it. We might as well pay the black people for slavery that also happened over 200 tears ago. Same thing.

Greedy ass armenians are always looking for illegal ways to make money not paying migrant workers for their labor, frauds, gangs, stealing, and straight just pennypinching everything these people would argue for a discount at the 99¢ store just to save money like its their life's necessity so many of these people get away with fraud money they don't even have to work they should be found now and be locked up

Notorious Racist Supremacist Group in Territory: the United States
Criminal Activities: murder conspiracies, attempted murder, bank fraud,mortgage and financial fraud crimes, narcotics trafficking,kidnapping, racketeering organization,and Racketeering conspiracies, RICO Violations, murders to the already numerous alleged egregious acts of violence,
Racist Extremist Supremacist Group terror Gang Members known as the family known as "the family "commit violent crimes activities that include,  Financial crimes that include bank fraud and murder, especially, mortgage fraud, to commit attempted murder,  kidnapping,murdering street game members,damaging and attempting to  destroy the fraud victims Intellectual abilities, properties and interests, using sleep deprivation techniques and torture torturing the victims keeping them unaware to keep the victims from being aware of the Fraud crimes and schemes being committed against the victim to prevent the fraud crimes from testify.
More than a 200 members of the family involved with crimes including racketeering conspiracy, RICO Conspiracies, murder conspiracy and attempted murder. In one scheme, the family — a Racial Biased Hate Motivated Organized Group Gang Members —conspiracy to participate in the affairs of a racketeering enterprise (RICO conspiracy), in violation of Title 18, United States Code, Section 1962.
>
> The family notorious for violent crimes to African Americans and other races that controls women and benefit from fraud crimes.  The family and its associates engage in a variety of crime in order to maintain their presence in the criminal world, including murder, assault, kidnapping, extortion, bank fraud,  Mortgage Fraud scheme scam and other violent crimes.

> Territory: California , Tennessee, Chicago and selected areas around the United States
> Alliances: Unknown
> Members: 200
> Racial make up: Black
> Threat: High
> Rival Gangs: MS-13, Gangster Disciples
>
> The Family Racist Supremacist founded in 1960s in Shelby County Tenn was founded by Charles Kinchelow Sr. and family members, Claude Smith II religious congregants and family members Athey Harper and family members, Sylvia Campbell, Jessie Jones, The Chatman family of Shelby County TN This gang has become not only active in California but Tennessee Chicago as well. The Family members are very influential within the the justice  system and are known to recruit correction facility staff to aid them in their Murders and attempted murders and illegal activities.