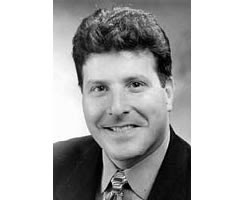 Letter to the Times Ledger:

The proliferation of two- and four-family home construction is the often-neglected “elephant in the room” when we are talking about the overcrowding of our schools in Bayside.

I have read the comments by City Councilman Mark Weprin (D-Oakland Gardens) in your June 3-9 article “Bayside leaders fear influx of new HS students,” in which he laments the migration of students from other communities into Bayside schools.

But after Weprin became installed as the new councilman for Oakland Gardens, he began advocating for the community to continue to be zoned for two-family homes. So, of course, I was surprised to hear him lament about the overcrowding of Bayside schools.

I have met with Weprin on two occasions, along with representatives of the civic association of Oakland Gardens, to ensure that the community continues its course to be downzoned so that most future construction will be single-family homes. Curiously, for reasons only he knows, he has decided to side with the developers.

Doubling and tripling the size of a community will require that the children living in these homes be educated. There are only so many seats in our schools. Where will they be educated? If single-family homes are allowed to double — and triple with illegal basement apartments — where will our current elementary school-aged children go when they reach high school age?

It is hard to reconcile that a representative for our community, who also happens to be the chairman of the Council Zoning Subcommittee and who can reject any rezoning proposal that will contribute to the overcrowding of our schools, is not advocating to downzone Bayside area communities to single-family but instead is readying to approve a zoning plan that will contribute to overcrowding.

We shall see if Weprin approves a zoning proposal which contributes to the overcrowding of Bayside schools when it reaches his desk.

The writer ponders that Mark Weprin, "for reasons only he knows, he has decided to side with the developers." Mark, as well as brother David, and all the other members of the Queens machine, are part of the big "pay to play" problem that pervades our local and state politics. Yet the voters continue to vote, in robot-like fashion, for the names they know. Until they wake up, this will be a never-ending cycle.

Mark Weprin, against the wishes of the City Planning Commission and many MANY people living in Windsor Park, voted to approve the rezoning of Oakland Gardens so that 72 more units -- which will bring in potentially close
to 300 more residents, as most of the new units will be 3-bedroom
apartments -- will be built in Windsor Park.
He then had the audacity to release this press release: “This is the fortieth rezoning in Queens,” said Council Member Mark S. Weprin, Chair of the Subcommittee on Zoning and
Franchises. “This down zoning will protect the residential
neighborhoods of Eastern Queens.”
He has the nerve to call unneeded, unwanted, new construction DOWNZONING and PROTECTION.
Unfortunately, he has 3 more years til we can vote him out, and by that time Windsor Park will be ruined.

Did you say redistricting or reapportionment?

You should be happy it's only three family homes than 22 family homes like Vallone pulled in his Astoria and Dutch Kills "downzoning" fiascos.

It's 72 mostly 3-bedroom units. That's 72 units too many, and it's certainly not downzoning or protecting the residents of the area.