State jumps on chance to save Brooklyn hospital 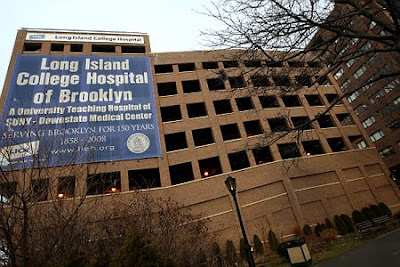 Embattled Long Island College Hospital is being taken over by the state - and is hoping to stem the exodus of Brownstone Brooklyn residents to Manhattan for medical care.

SUNY Downstate President John LaRosa promised that the pediatrics and obstetrics departments - which current owner Continuum Health Partners tried to shutter - and other basic services would stay open at LICH.

While core departments will stay in place, LaRosa said some services could be moved between LICH and SUNY's East Flatbush campus, but no decisions have been made.

"It is our every intention to expand, not to contract services here," he said. "We are going to operate as one hospital."

SUNY will get $40 million in grants from the state - on top of $22 million awarded last year - to ease the takeover. The state hospital will take on LICH's $170 million debt. LaRosa said he expected required state approvals for the deal to come through by early next year.

Wow, 3 Queens hospitals close and the state, and especially Governor Paterson didn't give a shit, but the stroller set loses one and they take urgent action?

I guess being vibrant and diverse and chock full of 3rd worlders who don't vote isn't all its cracked up to be.

Oh, and I'm sure there will be a rally called by our Queens elected reps to call attention to this hypocritical and racist action any day now.
Posted by Queens Crapper at 12:12 AM

That'll be the first time that anything is saved at that hospital for a long time. Be very worried if you ever wind up there.

Bring back health care and the hospitals in Queens. Arrest David Patterson for breaching his fiduciary responsibilities to Queens residents.

Parkway can be reopened immediately at no cost to the state. It would re-employ a thousand workers. It would open its ER and over 250 hospital beds. It would ease the wait for a bed coming out of an ER. WHile Medisys flounders in a pool of corruption and healthcare in Queens drowns from Department of Health and Political ineptitude the residents of Queens die from lack of simple hospital availability. If your mother or father have a heart attack in Queens and need to be rushed to a hospital you might as well just call for a casket. For that, Department of Health is willing to have lots of funeral chapels. But not allowing a hospital to open and operate. What a crime!