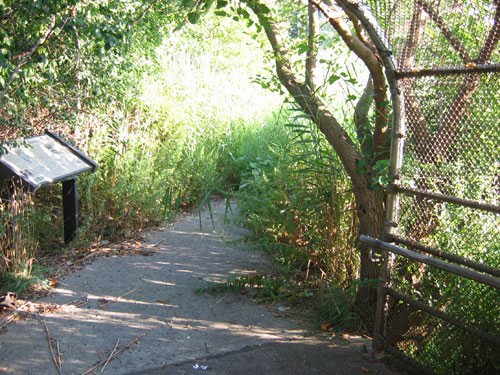 WILLOW LAKE Preserve is about to get a little more wild.

The city is reforesting part of the area around the smaller of the two lakes in the southern end of Flushing Meadows-Corona Park. The move is expected to attract more birds, butterflies and other critters to the 106-acre site.

Officials are hoping it will also attract more visitors to organized nature walks in the area. The next one is on Saturday.

About 14 acres will be cleared of invasive plants to make way for trees, shrubs and wildflowers, city officials said. The planting will occur next year.

"Spotted sandpipers have now shown interest in the site and are breeding there," said Feller, who is overseeing the project.

The resident muskrats are still there and the butterfly population will become more diverse, he said.

Photo from Queens Tribune
Posted by Queens Crapper at 12:13 AM