Why do they get a pass? 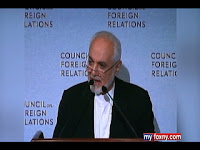 The safety violations -- for holes in floors and the lack of an automatic sprinkler system -- were issued by city inspectors Aug. 3 and Sept. 1, but that hasn't stopped owners of the 152-year-old building from getting temporary permits from the city to use it.

"The two violations will not impact the current temporary place-of-assembly permit, which allows the space to be occupied," said Buildings Department spokesman Tony Sclafani.

This crap doesn't fly in NJ. From Fox 5:

Rauf was ordered to pay $12,960 to city authorities who were fired up after having to front the ten days¿ worth of pay earned by the officer keeping fire watch while the imam made repairs ranging from faulty fire alarms to moldy bathrooms and bedbugs.

Over 200 health and fire code violations were found in the building, and Rauf has until Oct. 9 to fix them. Union City is suing the religious leader for ignoring some 30 tenant complaints from 1996 to 2010.
Posted by Queens Crapper at 12:15 AM