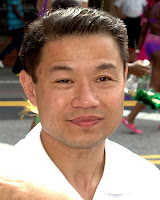 A task force commissioned by City Comptroller John Liu is poised to call for a major change in the way that the city determines what amenities—such as affordable housing and parks—to extract from real-estate developers in exchange for approving their plans.

Those decisions are among the most controversial parts of the city's rough-and-tumble land-use approval process and are often criticized for the inconsistent way in which they are made. A draft report by the task force, reviewed by The Wall Street Journal, recommends that new groups made up of community representatives—and monitored by the comptroller—negotiate benefit deals with developers involving major rezoning decisions.

Currently there's no formalized way in which these deals are made. Rather a collection of interest groups typically participate, including elected officials, community organizations and others, with the ultimate decision on the zoning being made by the City Council.

Under the comptroller's proposal, the City Council would still get to vote on the zoning decision. But the negotiations with the developer for parks, affordable housing, job training or other benefits would be removed from the council because they would be completed months before the zoning vote.

The draft, issued by the task force this week, has immediately stoked concerns among city officials, some real-estate executives and others that the new negotiations would add cost and time onto an already-lengthy development process and give new power to the comptroller. Mr. Liu's office cautioned that the report on so-called Community Benefits Agreements is not final and is subject to change.

The report calls for a new structure in which a set of members representing the community would hire a consultant and negotiate with the developer a set of payments for benefits such as schools, open space, job training and affordable housing. A consultant would oversee the negotiations, which would take place before the start of the city's seven-month rezoning process, in which the City Council would have final say over proposed developments.

The report calls for a new law to codify the program. But such a measure would likely face strong headwinds since it would have to be approved by the City Council. A city official said the Bloomberg administration would oppose the recommendations as drafted, saying it would hinder investment and marginalize the roles of elected officials and community boards. Council Speaker Christine Quinn has expressed concerns about the legality of the proposals, according to a person familiar with her position.

Who determines the "set of members representing the community"? And why no talk about the enforcement of these agreements, which ALWAYS seem to be only optional advisory recommendations for developers to follow? Why do we have these stupid agreements anyway? If you bribe "community representatives" and the council, you get to build whatever the hell you want! So what is the purpose of zoning anyway? To assure bribes?

Christine Quinn is concerned about the "legality of the proposals" but not of all the other shady shit she and the mayor do on a daily basis?
Posted by Queens Crapper at 12:52 AM

You're gettin' a little long in the tooth and losing your boyish charm Johnny.

Bloomberg ain't gonna wanna butt f--k you any more and there goes your power.

So, Liu...Tommy Huang's cousin wants to reform the process?

And how...to help criminal developers like the Huang family get off easier?

Look out when Liu runs for mayor!

be careful of your criticism of liu. you might get your social security benefit cut by a phony investigation at the flushing office.
do not disgard your tax form W-2's,if you take liu on.

you will need proof of income.

Liu is running with the Working Families Party and Acorn agenda. This undercuts local communities that might wish to stop bad development. The "official" community (read: those approved by the Borough President) will "negotiate" to get a few units of so-called affordable units (controlled by poverty pimps tight with the WFP) but no mitigation if a development should not go thought. This is political cover for the local electeds who will now control the process. This is what Scott Stringer did with Columbia, and what he's now trying to do with NYU. He disbanded the community coalition that had been meeting with NYU and created his own LDC with Columbia.

Look at who is on John Liu's task force ... no community groups. It's mostly unions, lobbyists and developers.

Liu is beginning to look like Charlie Chan's #2 son.

Thin lips in this shot....must be losing his "blower's cramps".

Sweatshop Liu-Liu is a liar. He can't help himself, it's his nature. Don't fall for his trix and don't trust him.