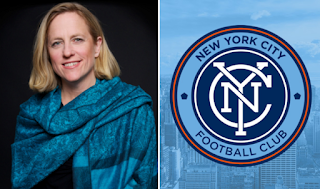 From Empire of Soccer:

NYCFC confirmed a report in The New York Times report that it was viewing two sites in the Willets Point area as potential locations for a stadium, and Katz did as well. At the moment, Katz said, the overall plans for re-developing the area are uncertain after a State Appellate Court determined that a part of the area west of Citi Field was parkland and could not be built upon without approval from the state legislature.

“The City has not determined how they want to move forward,” Katz said. “We’re in discussions with the developers and they’re also in discussions with legal teams as to what can be done there. It’s 23 acres that the City now owns outright and I have made it very clear that my first priority would be a soccer stadium there and affordable housing.”

At the moment, none of the parties are in agreement about where a stadium and potential housing would be located, Katz said. That’s largely because of the uncertainty surrounding the legal and zoning situation. NYCFC continues to pursue other venues while waiting for the Willets Point situation to be resolveedf, Katz said she didn’t mind that. Should any team propose a stadium in Willets Point, Katz said an affordable housing component would be ‘extremely vital.’ ”

“You need to have affordable housing there,” she said. “The City is in a crisis with housing. People are in desperate need of places to live and places they can afford to live in. The Mayor has made it a priority to build and retain 200,000 units of affordable housing and this has to be part of that resolution. I don’t think any body would argue that point and now that the City owns 100% of the property we’re building on, there’s no reason why it can’t be 100% affordable.”

“You keep assuming it’s NYCFC, which is nice,” she said, “but at the end of the day, I want to see a soccer stadium there. That can be a small one, it can be a larger one. I just think we just need to answer constituents’ calling to have soccer represented in a larger fashion in Queens.”

Posted by Queens Crapper at 4:15 AM

I still say there is something wrong with her. Many of her ideas are preposterous and half-baked.

Densely zoned housing with only two ways in and out, essentially (Roosevelt Ave and Northern Blvd). Hopefully they upgrade the public transportation and infrastructure to accommodate for the extra traffic.

Katz decides to resurface from her safe space boro prez office and is also exploiting the rubric and the utter fraud that is the affordable housing program. Except instead of demanding that the only way cheap apts can be made is if more luxury apts are added, this stupid idiot is claiming that it can only be done with a soccer stadium for a team whose popularity is dubious to say the least. Katz is another yet elected hack from the democrat machine doing the bidding of predatory developers and sports franchise owners. She needs to find some spare time to read one of David Cay Johnston's books and how stadiums don't contribute anything to towns and continue to bleed city funding dry in perpetuity.

Going by that logo, NYCFC, I think a proper area for a stadium should obviously be Central Park. There plenty of ample space. Build it on that great lawn, see how they like it.

Really get the fuck out of here with this bullshit. And to paraphrase Leonard Cohen

Everybody knows that the affordable housing plan are really homeless shelters.

Do you think she looks in the mirror in the morning before leaving the house wearing that idiotic frumpy serape-look? Or who dresses her?

"I still say there is something wrong with her. Many of her ideas are preposterous and half-baked."

Yes there is something wrong and the proof is she played house with had two kids with a then married half-baked Curtis Sliwa.

The place is named Flushing Meadow-Corona PARK. It should have grass, benches, space, playing fields, trees, lakes, boats. It should not have gigantic ugly rarely used stadiums (USTA) or new giant rarely used structures (soccer stadiums). Katz is trying to play to the Hispanic Queens base, figuring if she is pro soccer stadium, she can get votes. This is generally known as pandering.

Now, whenever I think about the willfuly terrorizing and dehumanizing horrors of any and all Queens County political dynasties (i.e., Dizzy Lizzy and Joe Crowley, the Acidic Addabbos, the Valones of Planet Vallonia, the Audrey Pheffer/Stacey Pheffer Amato clan, etc., etc.)——as if regular, daily terrorism and 'taxation WITHOUT representation' by ALL of my locally failed politicians (not public servants), wasn't enough!——when it comes to a profoundly diabolical, and intensely corrupt, incompetent and UNACCOUNTABLE dictator like Melinda 'Alley' Katz, I think INSTANTLY of the 1997 horror movie entitled, 'The Demon Seed,' starring Julie Christie.

No such thing as affordable housing in NYC unless you earn at least $120,000 a year.

Get rid of this sleazebag with the morals of an alleycat, pandering to illegals and bums.

Melinda Katz is only slightly more active than that old hag Helen Marshall.

There's already a stadium in that area - in fact there are 2. I guess either you can't see very well or the sun is in your eyes. This is not a place for the NY version of the Meadowlands as it is swamp land and if Flushing isn't enough of a transit nightmare already these plans will only create the largest CF of grid lock known to humankind. Get your heads out of the mud and move on to something realistic.

No such thing as affordable housing in NYC unless you earn at least $120,000 a year.

and after taxes even then is no very affordable. you need $200K in NYC, land of the crazed bolsheviks.