Another Queens hotel becomes a shelter 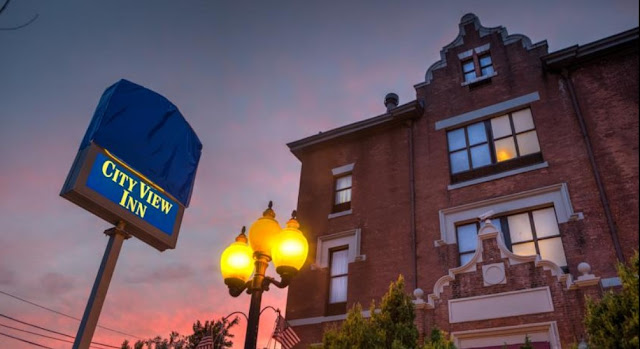 The Department of Homeless Services has been housing homeless families at the City View Inn in Long Island City since late July, residents learned at a community meeting last night.

The revelation was made during a heated Community Board 2 meeting on Oct. 6 while board members were questioning DHS officials on why the agency started using the Best Western hotel as a shelter without providing the community adequate notice. Some officials said they were given less than 24 hours notice before the decision to use the hotel at 38-05 Hunters Point Ave. as a shelter.

Claims that DHS lacks transparency grew in intensity when attendees were informed that it had been using the Citi View Inn, located at 33-17 Greenpoint Ave., to house 37 homeless families since late July.

A representative from DHS claimed that elected officials and the community board were notified 24 hours prior to the homeless moving into the Citi View Inn. CB2 officials, however, claim that they only learned about it being used as a shelter after the 108 Police Precinct notified them of some domestic disputes at the location — and they did some digging.

Representatives of DHS faced an onslaught of criticism at the meeting, with elected officials, board members and the public arguing that the agency acts in secret to the detriment of the public.

“This is a broken system,” said Councilman Jimmy Van Bramer, who spoke at the beginning of the board meeting. “It is wrong and absolutely absurd to start moving people in before anyone in the community knows or has an opportunity to talk about it.”

Some board members claimed that Community Board 2 is carrying an unfair burden, with four hotels in the district now being used to shelter the homeless–the Verve Hotel, Best Western, Quality Inn and Citi View. Many also wanted to know how many homeless people came from CB2.

Amanda Nasner, the Queens Director for DHS, said that 416 homeless people are being housed in Community Board 2. She said that 260 individuals who are part of the citywide shelter system come from CB2. 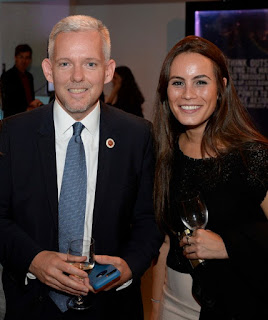 You know what's kind of funny? Amanda Nasner worked for years for Jimmy Van Bramer. Here they are at some kind of soiree together. Kind of amazing that she wouldn't give him the heads up on all this. (Or did she?)
Posted by Queens Crapper at 4:10 AM


“This is a broken system,” said Councilman Jimmy Van Bramer, who spoke at the beginning of the board meeting. “It is wrong and absolutely absurd to start moving people in before anyone in the community knows or has an opportunity to talk about it.”

This is de Blasio's New York City. It will only get worse in a 2nd term. I'm still waiting for the shelter to open up next to his home in Park Slope.

Whats next? The city will force AirB&B to host homeless families or face extinction. Diblassio has to go!!

A man is known by the company he keeps-Aesop

Future speaker Von Bramer is already preparing for his new role with the passive fatalistic responses with his feeble acknowledgement, just like De Faustio who justifies his illegal CONY fundraising and welfare zoning variances to his donors.

These two scumbags decry the broken system, but they have no problem exploiting it.

Is that his wife in the picture?

He did pretty well for himself.

What no one is talking about is the fact that if dumBlasio ends all hotels housing homeless or a future mayor, what happens to all the hotels that have been built or is his talk of ending this all bullshit and this will be the new norm, homeless hotels. In the meantime he talks about affordable housing (no such thing though), but why instead of building all these hotels, why not just build apartments or homes in their place.

And what I don't get is that how black and Hispanic people have been fucked by this administration, that a high percentage of Blacks and Hispanics support this asshole mayor. I mean have any regular folks's (including Blacks & Hispanics) lives been greatly enhanced by this mayor.

Makes perfect sense.
I think that Amanda Naser the same chick who was bitching about Trumps executive order that got her stranded in some Islamic slum or something.
I recognize her from from Astoria but not by that last name, Amanda Mooney I think ?

She called me a racist once. Perhaps she like slums, deadbeats and diversity

I refuse to believe that there are only four hotels around CB2 being used for shelters. What tourist in their right mind would be staying at that one on 21st street by Queensbridge, for example?

But Jimmy, what happened to being a progressive? OOOOOOOOOOhhhhhhhh...that's only when "those people" don't live in your neighborhood

"what happened to being a progressive? OOOOOOOOOOhhhhhhhh...that's only when "those people" don't live in your neighborhood"

Yeah, check out Jimmy getting all NIMBY

Did my tax dollars pay for those alcoholic beverages they're holding ? I didn't agree to fund drinking parties. Mo wonder this city is a mess - they're all intoxicated !!!

It's all political and what's in it for me for our City Council members. They are tripping over themselves to score brownie points with the mayor. How low can they go???