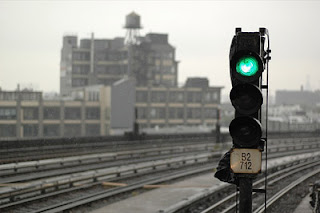 The MTA has got a problem with delays when it comes to repairing critical signal equipment, according to an analysis the city’s Independent Budget Office released Tuesday.

Projects that keep signals in good working order can be months, even years, behind schedule, according to the budget office’s analysis of three Metropolitan Transportation Authority capital plans, from 2004 to 2019.

From 2005 to 2014, 19 out of 33 signal projects were completed late or will wrap up behind schedule. Meanwhile, nearly a third of projects begun over that time are still underway.

Signal malfunctions can be devastating, creating a ripple effect from line to line that can last for hours. The problems the malfunctions cause are complicated by the age of the equipment. Much of the signal work involves painstakingly repairing ancient parts that can date to the 1930s. An upgrade to a signal and track system on the Queens Blvd. lines at 71st. Ave. and Union Turnpike that should have been done in April was pushed back a whopping 14 months.

And this is the problem with our electeds. They like making headlines with splashy proposals for new transit systems, like BQX and light rail while the current system is allowed to go to pot.
Posted by Queens Crapper at 6:57 AM

They've been working on the signals since the 1980s!!! How the hell could it take so long? Outsource the job to the Chinese, Japanese, or Germans. They'll have the whole system revamped by Christmas.

1. all transit capital improvements are going to places that people do not live, but developers wish to develop on the waterfront - the boats, light rail, etc. The hipshit snowflakes, never were forced to live on their wits or think, are always being led by following the trail of cookies the pols drop before them. They are a mindless empty public chorus for this bullshit.

2. money is wasted on grooming future Democrat voters by sustaining illegals while legal residents are robbed of funding for their needs - as transportation.

3. capital projects are riddled with graft for Democratic donors which makes them bloated, drags a few months out to a decade, and provides a fraction of what is needed or promised.

Its called job security. All they do is fix the old crappy ones but never seem to replace it.

Anon,
I agree with all three of your two issues

Is this not a State issue, under the purview of the Governor???

Cuomo is too busy with his presidential campaign to address the problem first hand. So basically we are stuck with these problems forever.

The scheduled finished date for the signals modernization is 2045.

Forget it. The subway is ruined. I cite recent extreme weather from climate change, and official decisions from the MTA board and Mario's son's priority fixes involving installing wifi and cosmetic designs for certain stations.

True, they say "delayed for traffic" when it's signals