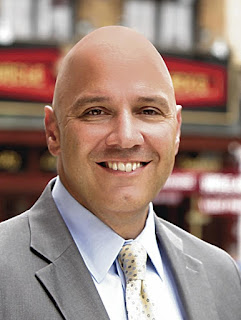 City Councilman Paul Vallone (D-Bayside) introduced legislation Tuesday to address the “limbo” period between the issuance of a notice to revoke on a construction site and the point at which the permits are officially revoked.

Typically issued to property owners or contractors when concerns about zoning or permit violations are raised, the notice to revoke is often seen as a period in which as much work as can be done will take place until the permits are officially revoked. Once the notice is issued, there is a 10- to 15-day period in which the owners are required to answer objections. During this time, work is allowed to continue as usual.

By requiring the city Department of Buildings to issue a stop work order paired with a notice to revoke, Vallone’s bill would enable the city to ensure safety procedures as well as zoning laws are followed during the time owners are answering objections.
Posted by Queens Crapper at 5:57 PM

Just what we need, another law...

Dont trust the Vallones. this is an end run around Paul G.

We all know they promise much, pass little, and enforce nothing.

Very interesting. Paul Graziano announces that he will run against Vallone in 2017, and then two weeks later, Stinky introduces a piece of legislation that appears to go against the interests of his own handlers (builders and developers). Coincidence? Or just an example of Stinky trying desperately to show how independent he is, so he can have something to hang his hat on for the coming campaign?

Someday someone should do a film about those Vallones.


A real piece of work.

It is still for sale. Back in May, a different broker advertised it for $2.3 million.

Alas, it's the end of humanism as we know it, Queens Crappers, and the tainted Vallone dynasty (and political scourge), is at the helm of all corrupt power and openly practiced elitism that continues to destroy all pretense of public trust, public service, ethics, integrity, accountability and transparency by its very existence.

Now, I never thought that a reincarnated, fictional series like HBOs 'WESTWORLD' embraced so many realities with modern day life, and the shabby way we live now. In fact, if Westworld gets any more profoundly real, then we will have to remove George Orwell's epic '1984' from the 'Fiction' category in all libraries worldwide, and move it to the 'Nonfiction' shelf!

Because, it doesn't get more 'otherworldly' than the 'Vallone Criminal Slush Fund Family Dynasty' (of epic, humanitarian fail). Sadly, these voracious thieve are far, far from alone!

Sunday afternoon was the annual Queens Civic Congress event at the Douglaston Club. Over 70 civic and homeowners associations from around the borough showed up, along with about a dozen elected officials for a total of about 120 people.

Paul Graziano, who is running against Paul Vallone for City Council, was of course in attendance - in fact, he showed up with his wife and baby boy. Not a surprise since he's been helping the civics for years with their problems.

Paul Vallone was "too busy" to attend, citing the "Children's Winter Parade" on Bell Boulevard as an excuse. The QCC event started at 1pm, while the Parade started at 3:30pm - plenty of time for him to show up and at least show his face. Instead, his absence was noted by the many civic groups in attendance from his council district.

It's just another example of what Vallone's priorities are: parades and fireworks, not the constituent services and legislation that's needed.

Be careful. You saw what they did to the Stienway Mansion.

So. Back to the question. Good thing or bad?

Paulie needs to be voted out. Is that simple.