City to reserve some spaces for shared cars 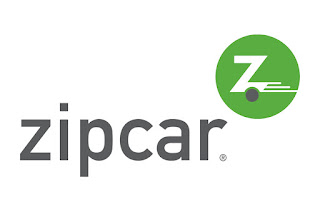 The city will roll out a pilot program in the spring that allows car-sharing companies such as ZipCar and Car2Go to rent out scarce public parking spaces and even metered spaces.

A shared goal of many city agencies is to minimize the number of cars in the city — on account of environmental factors, space, and traffic, among other reasons. The City Council Committee on Transportation heard testimony from the commissioner of the New York City Department of Transportation Polly Trottenberg, as well as representatives from some car sharing companies Monday that made the case that carsharing services can dramatically reduce the number of cars kept in the city.

The idea is to have a mini-fleet of cars available to more people in more locations around the city, even in the outer boroughs where parking garages and lots are fewer and farther away. For instance, several Enterprise cars could be parked around the corner from your apartment.

The program would consider using some “underused” parking spaces designated for some subsidized residents in NYCHA housing, and senior housing and at hospitals. The pilot will designate 300 spaces in public parking facilities, and another 300 on-street spaces.

I've found that people who use these services generally don't own cars. They mostly are subway riders but avail themselves of the carshare when they have to travel to distant places or have a complicated route. We'll see just how many cars are "taken off the streets".
Posted by Queens Crapper at 5:54 AM

Another scheme to increase the misery factor for those who own and use a car in this city...

Our appointed officials really better stop with the social engineering.

Personally, if I could afford a car and insurance, I would still ride a bike. But I would not impose my choice on other people, especially home owners and apt. renters who drive as a necessity.

"A shared goal of many city agencies is to minimize the number of cars in the city"
The City should lead by example. Why are there so many cars assigned to agencies that operate in the 5 boroughs? First step should be to take a hard look at how many of these vehicles are being used merely as modes of daily transportation by middle and upper managers. Next step would be to eliminate borough to borough single rider city cars in favor of PUBLIC TRANSPORTATION. Just a start...

Animal farm redux:
All NYC Citizens are equal.
But Manhattan citizens are more equal than others.

Manhattan residents get a tax break on parking garages... located in Queens.

This plan is ridiculous as I see no reliable way to prove or disprove its impact on decreasing car ownership.

Where is there one underused parking spot in any of the boroughs?

And at last check, the City Council Members have special license plates on their vehicles.

Has anyone noticed that there are members that park ANYWHERE they choose without penalty???

Go to the parks dept facilty behind casey stengel bus dept. they have almost as many cars as the depot has busses. Same thing up in the bronxatvthe facility next to the bronx river parkway..

Over my dead body.

I told you years ago, they want our cars. This is 'progress' in the eyes of our idiot Mayor.

"Why are there so many cars assigned to agencies that operate in the 5 boroughs?"
Very good question and why aren't gps fleet tracking systems install on all city cars ?

The war on cars is to lower the city's carbon footprint to bring in more development that makes the Democratic Machine donors very happy.

"I told you years ago, they want our cars. This is 'progress' in the eyes of our idiot Mayor."

You've got it exactly backwards. We --don't-- want your cars in Manhattan -keep them in the outer boroughs.

Our main avenues are choked and slow due to too many cars --often w/only one occupant.

I know mass transit is often inadequate out in Queens, I am there twice a week, but in Manhattan a car is not really needed.

There is no "war on" -whatever. Stop parroting right-wing agitprop.