"Made in Queens" is a big flop 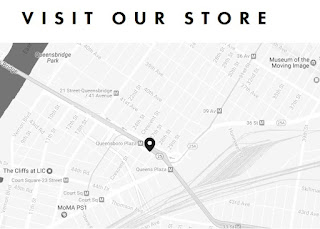 A Long Island City popup shop dedicated to selling Queens-made merchandise is closing several months ahead of schedule due to weak business.

Made In Queens, located at 27-24 Queens Plaza South, was established by the Queens Economic Development Corporation in June to sell goods from local manufacturers.

The store, which was supposed to remain open until the end of March, is now closing at the end of the year since it has become “unsustainable,” said QEDC Director of Business Services Sante Antonelli.

The store was funded by a $40,000 grant from Capital One, allowing the QEDC to secure the space and cover operating costs. The makers also paid a fee to sell their products in the store, ranging from $150 per month for food products to $350 per month for non-food products.

Despite these sources of funding, the store operated at a loss, Antonelli said, largely due to lack of foot traffic in and out of the store.

Isn't foot traffic the number one thing you look at when you decide on a location to open a retail store?
Posted by Queens Crapper at 5:24 AM

QEDC should be commended for trying something creative to foster new business start-ups.

Has anyone seen the crap and useless stuff being sold at this "shop"? Candy, cookies, jams, hot sauce, jewelry?
Who needs it? A dumb idea and waste of tax dollars!

Someone didn't go to marketing school.

Made in Flooshing by Taiwanese-Chinese, you mean.
Domestic crap instead of mainland imported shit.
Face it....Queens is a flop! It is a cultural desert, among other things.
To me it's my crash pad. Nice northeast suburban living with quick access to the real big apple...MANHATTAN!
Tell people you live in Queens and be prepared for some snickering, and I don't mean the candy bar.
Better you should hide your identity as a Queensite.

Come on guys, "Its in Queens."

Like the Red Bird, Queens Museum, Queens Library, Queens Historical, and the Queens County Democratic Organization, its, well, in Queens.

A business startup based on flavored kale chips and BBQ sauce?

Never heard of it and I lived in Queens for most of my life. Perhaps the "Twits" were Tweeting to themselves.

Just another boondoggle to pacify hipster 'artists'. How about supporting real manufactures by making it a little easier to do business in NYC without hundreds of taxes, fee's, special permits, etc.

Yeah, hipster home made candy, cookies, jams, hot sauce, trinket wrist art.
All healthy useful stuff people who actually work 9-5 real jobs for a living need right ?
This reminds me of a girl I know went to college for art (on our taxpayer grant money) She now bitches nobody will give her a paying job painting pictures & placing crystals & beads on steel wire to make hand bracelets. She's also unhappy with her free medicaid and Trump win, unhappy she must bartend at night to pay the rent now that her parents in California are near broke

I think it's a great concept, but why are you selling Queens products to Queens residents? Forget the pop-up but focus on a web outlet an Etsy for Queens products would be awesome.

This is the same business that was on the Profit show with Mark Lemonis. Of course, it is near by the queensboro bridge with poor foot traffic. Duh!

Queens has some amazing old school candy shop, chocolate shop, and others that I've seen on NYC channel. If they could of presented those shops products which hipsters love anyway but too lazy to go further into Queens would of been great. The food fair at the Scirnce museum park was such a big hit where a lot came in from NYC and many young people learned through their Facebook page. Downside was the venue was too small and subway was jammed along with car traffic. So Queens can turn people out and a lot of young people live in Queens and so what if they go into the city? Most people work and the best museums etc are there.

The illegal immigrants and HRA employees who work in that area want to buy things made by people from their countries. They don't want American made products, they hate America and Americans.

Seth Bornstein has been working at the QEDC, not doing much of anything since 1979.
People who work at these non profits can not work anywhere else. Next we have a man from Haiti, well he works there well because he's Haitian. He's the wit who's responsible for Corona Plaza, all the bums thank him.Ricardi Calixte, which is kind of weird for a Haitian to have a Spanish name.
Director of Public Relations, Marketing & Tourism, Rob MacKay, claim to fame is that he speaks fluent Spanish.

yup, a bunch of do nothings. they get by on OPM, other people's money, grants.
they have no need to actually succeed.

Not one American White Woman on the staff. That should tell you everything. Queens is full of these non profits.

And look at their wonderful Entrepreneur Incubator. Anytime I read something is for "the community" or "community empowerment", I know it will not benefit me or have anything to do with me.

And you wonder why people voted for Trump?

Not a surprise that this waste of space got a grant from a big bank. Every ugh, "foodie" "artisanal" themed takeout or bar is either financed by banks or as a money laundering front for anonymous LLC's. After the damage is done from the gentrification these hot spots cause they are out of business in 3 to 6 months, sometimes they close in a few weeks. So this pop up Queens creative space dying like this is not a surprise.

And whoever thought this would endure is an idiot. Pop-up style stores are not suppose to last, hence the term.

On the bright side, The hipshit lifestyle and zeitgeist may have finally reached it's tipping point hopefully.

The staff at QEDC is always on vacation somewhere out of the country. They hate Queens and America too.

>Has anyone seen the crap and useless stuff being sold at this "shop"? Candy, cookies, jams, hot sauce, jewelry?

I've been to many of these "craft" events, and you are correct. its all $12 jars of jam and $8 bars of bees wax hand lotion. Really not anything that people are dying to buy in volume.

Food fair at the science museum?
Does that represent you cultural depth?
Must be a Boro hall troll posting here.
And Manhattan has more unique candy shops.
Try Teushers at Rockefeller Center.
They fly in chocolates from Switzerland.
The champagne truffles, made with real Dom Perignon, are the toast of the world.
Of course two will set you back about $12.
But I say, you get what you pay for.
Face it...Queens is an all round bereft borough.
It's got nothing to do with being lazy to travel to its dubious treats.

Because American's who are not white are not American enough for you?
If you have one Puerto Rican parent are one Irish parent are you white enough?

>>Not one American White Woman on the staff.


They hate it so much they live here. How do you even know they aren't American? You can't tell by looking at someone.

>>They don't want American made products, they hate America and Americans

Why is this failing? Location true. But execution is typical Queens heavy with agenda and lite on common sense From Seth Bornstein.

" In thinking of a way to highlight our popup shop, MiQ - Made in Queens, for the holiday, we pondered having a Santa Claus in residence. But why have the standard stuffed red suit that every department store has? This is Queens after all - we're different! We joked at a staff meeting and asked: "Why does Santa have to be an old, heavy-set guy with a beard?" Then we looked at Sarah Liu, born in China to Mongolian parents, educated in the United States and Europe, fluent in more than a few languages.

It became obvious that our business adviser is the perfect embodiment of Queens.

In addition to her background, she is smart, well-rounded, jolly, and plays a mean classical piano. Sarah Claus was born, but there's no beard or stuffing on Saint Nick's sister from another mister...and another part of the world.

As he states, "this is Queens and we are different." To which our reply to the Queens elites: "speak for yourselves."

This is such an idiotic idea. Trying to change a centuries old tradition just to sell some jalapeño corn chips and LIC BBQ sauce? WTF? Leave our traditions alone Mr Bornstein.